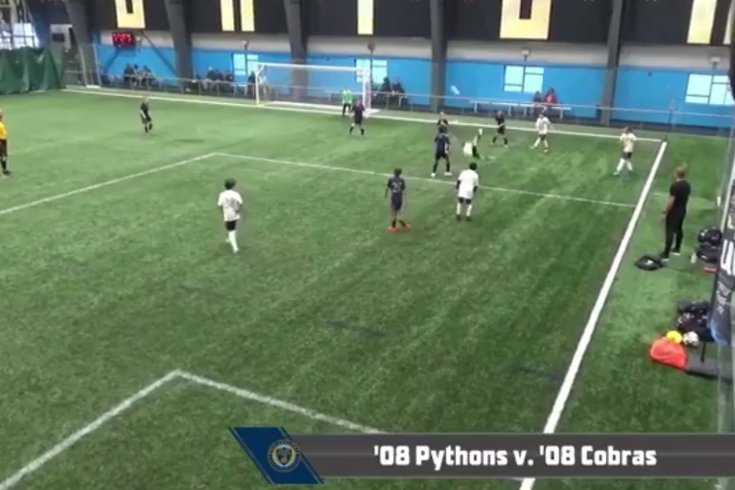 Brett Seemuller, a player on the U10 Union Pythons, scores on a highlight-reel bicycle kick.

Still bummed about the U.S. Men’s National Team failing to qualify for next year’s World Cup and the Philadelphia Union not making the MLS playoffs this season?

What you’re about to see, though, is a highlight-reel play that will give you hope for the future of the game both locally and nationally.

The Union has an extensive youth program. (I know this because – humblebrag alert – my son snagged an invite for the first-ever junior academy for children under the age of eight). All around the YSC Sports center in Wayne, I’ve heard whispers about how good the 2008 players are.

A video posted on the Union Youth program’s Instagram page on Saturday did absolutely nothing less than lend credence to those whispers.

A Pythons player named Brett Seemuller receives a throw-in and sends it softly above his head with his back to the goal.

From there, Brett sends out a bicycle kick that arcs, oh, maybe 15 yards across the goal and over the goalkeeper’s head.

It was a beautiful goal, the type that footies refer to as a golazo. It had coaches, former pro players themselves, Fred and Kleberson raising their arms in admiration. (Sure, Brett plays for Fred's team, but that type of goal impressed everybody around).

You can see it yourself in the Instagram embed below: