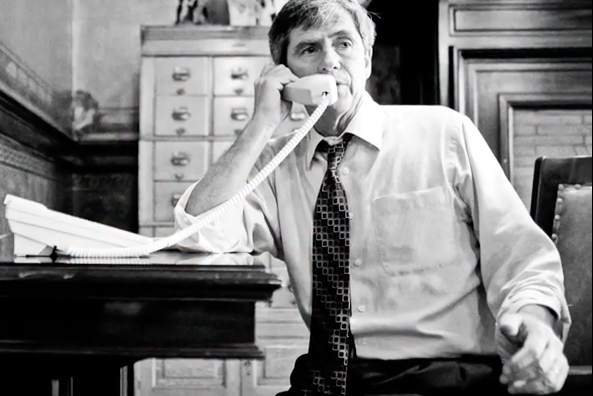 The videos, released by Sestak, a former three-star U.S. Navy admiral, on Veterans Day, focus on mental health challenges and substance abuse through the eyes of a mother whose son couldn't find the help he needed upon returning home.

"This ties in with the theme of the annual trip to a maximum-security prison that the admiral is making today to visit with veterans who did not receive proper treatment for PTSD and substance abuse, leading to many veterans serving lengthy and avoidable prison terms for drug offenses," said Michael Garrett, of the Sestak campaign.

Said Sestak of that annual visit, "When people look at these veterans, they may see the prison jumpsuit or the mistake they made that landed them behind bars. But I see my brothers and sisters in arms, the kids I watched grow into sailors over long months of sailing into harm’s way.

“Most of all, I see the failures of a government that sent the best of a generation to war without properly investing in accountable programs to help them heal their wounds, get an education, find good-paying jobs and open up access to capital for new, veteran-owned businesses when they returned,” he said.

You can see the three Sestak videos below: