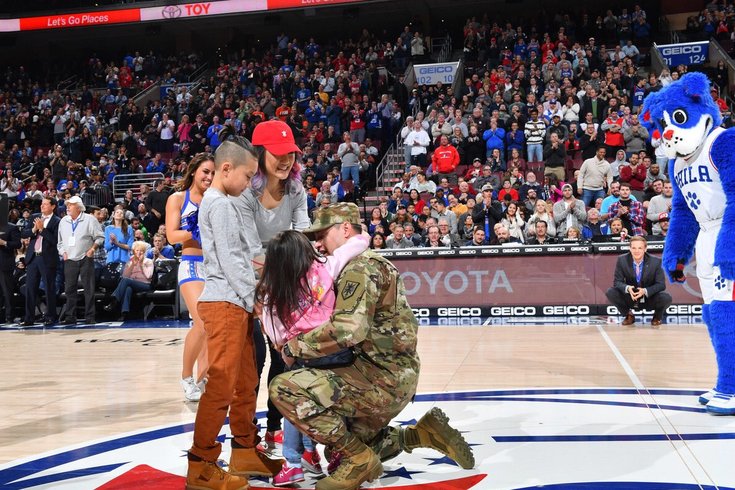 The best part of Monday night's Sixers game, a 112-98 loss to the Milwaukee Bucks, came thanks to Army National Guard First Lieutenant – and Philadelphia police officer – Christopher Ngo, who recently returned from serving in Iraq and Afghanistan.

Ngo's fiancee and three children were in attendance at The Wells Fargo Center, under the impression they were going to be honored during an in-game salute to military families at mid-court. When they made their way out, there was a giant box waiting for them.

But before they could open it, well, take a look for yourself:

This would be a highlight on almost any night, but with the Sixers falling for the fifth time in their last six games, it's easy to see why this was far and away the best moment on Monday.

MORE: Would you rather be the Sixers or the Celtics moving forward? | LISTEN: Matt Duke performs 'Colangelo's Lie' on WIP Morning Show (with lyrics) | How the Sixers forced Carmelo to miss this time around