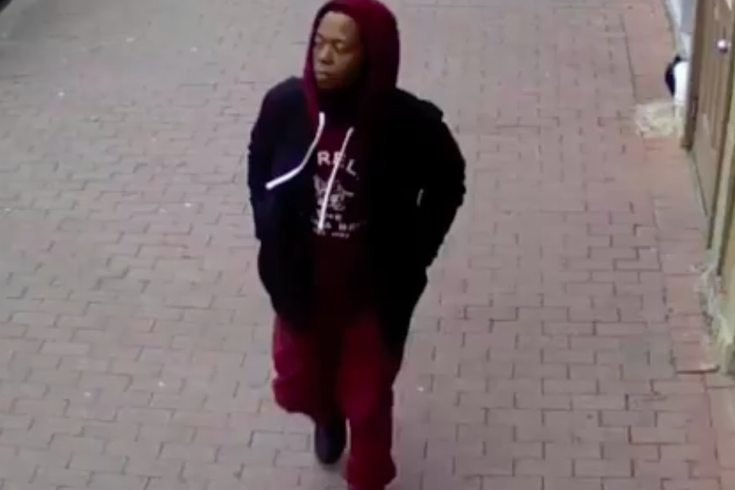 Philadelphia police are searching for an armed suspect who allegedly robbed two food trucks in West Philadelphia on Monday.

Authorities released surveillance footage of one of the incidents that took place around 6:30 p.m. at a vendor's truck parked near the corner of 45th and Walnut streets. A male suspect is seen exiting a dark Chevy Impala and turning the corner to approach a Halal food truck. After the incident, the suspect returns to the getaway vehicle to leave the scene.

Later that night, at around 8:30 p.m., a second robbery occurred at another food truck along the 3400 block of Lancaster Avenue.

Police said the suspect entered both of the food trucks, pulled out his gun and demanded money. A total of $1,500 was stolen.

The suspect is described as a thin-built black male, between 5'6'' and 5'8'', armed with a black semiautomatic handgun. He was last seen wearing a black jacket over a red hooded sweatshirt with matching red pants.

Anyone with information about this crime is asked to contact Southwest Detectives at 215-686-3183.