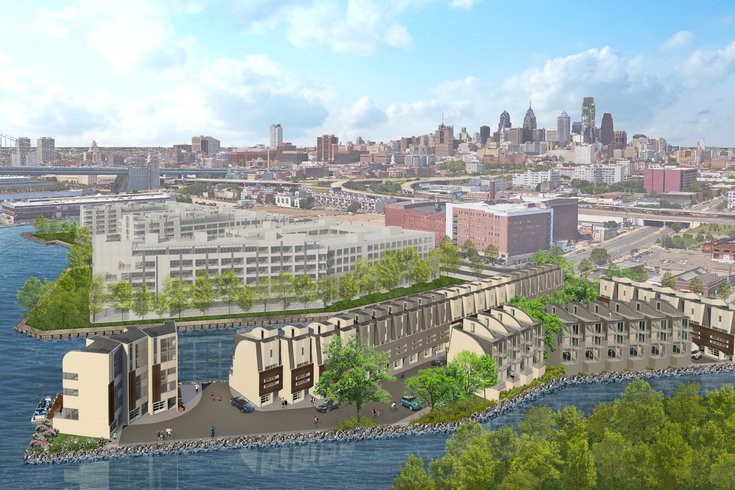 Forty one town homes are planned for the site along the Delaware River that was once supposed to be the location of Trump Tower Philadelphia.

A community of town homes is being planned for a site along the Delaware River where Trump Tower Philadelphia was once set to rise.

Shovel Ready Projects LLC, the partnership of owners that acquired the site around two years ago, said Tuesday that it's looking for a buyer for the project, dubbed Pier 35 1/2.

The plan has already received zoning approval for 41 2,800-square-foot town homes at the location near Spring Garden Street and Columbus Boulevard.

Plans for Trump Tower Philadelphia were unveiled in 2006. The 45-story high-rise was set to host luxury condos and a number of other amenities, many of which are described by now-President Donald Trump himself in the below video.

The tower never materialized, a point used by Mayor Jim Kenney during the 2016 election to analogize Trump's campaign promises.

As PhillyMag noted, the Trump project was proposed right before the 2008 recession, and other developers have also failed in plans to develop the same site.

"While providing lower density residential development than the Trump Tower, which called for 235 units, the new town home community is far more accessible to the local market, and less costly to build than the earlier proposed tower," Shovel Ready Projects claimed in a press release.

The current owners are seeking $12.3 million for the project, promising a 40 percent return on investment once all 41 homes are built and sold.