Philly region could see first snow of season this week 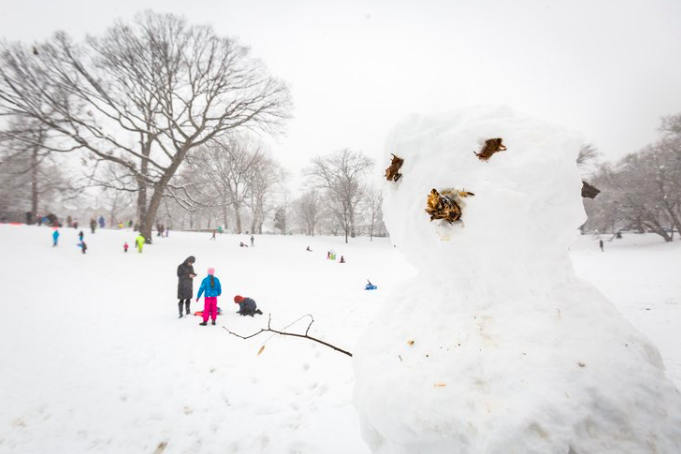 Philadelphia could see the first snow of the season this Friday, forecasters say. The Farmer's Almanac has predicated a long, cold and snowy winter in the region.

The Delaware Valley could get its first look at snow later this week as a front comes through and temperatures plummet, according to the National Weather Service.

The early part of the week is expected to be mild and mostly clear, with highs remaining in the mid- to upper-50s before things take a frigid turn late Thursday.

A report from NBC10's First Alert Weather Team forecasts a steep drop from the mid-50s on Thursday afternoon to lows falling below 20 degrees by Saturday morning.

If the area is going to get snow, it will likely come overnight Thursday into Friday. Precipitation is expected late Thursday, but how long the system remains in the area will determine whether we see snowflakes.

It's doubtful there will be any snow accumulation in the event that the precipitation in the region does freeze, forecasters said.

The Farmer's Almanac predicted in August that the Philadelphia area should brace for a colder-than-normal winter that will bring heavy snow and persist into April.

Friday may give us the first taste of what's ahead. Here is the NWS forecast through the weekend:

TUESDAY: A chance of showers, mainly before 8 amm. Partly sunny, with a high near 61. Calm wind becoming west 5 to 7 mph in the afternoon. Chance of precipitation is 30%. New precipitation amounts of less than a tenth of an inch possible. Tuesday night will be mostly clear, with a low around 39. Northwest wind 6 to 8 mph.

WEDENSDAY: Sunny, with a high near 54. Northwest wind 6 to 8 mph. Wednesday night will be mostly clear, with a low around 41.

FRIDAY: A chance of snow before 7 a.m. Partly sunny, with a high near 44. Chance of precipitation is 30%. Friday night will be partly cloudy, with a low around 28.

SATURDAY: Sunny, with a high near 43. Then Saturday night it'll be partly cloudy, with a low around 31.