Joe Pesci is selling his $6.5 million home at the Jersey Shore

The eight bedroom, eight bathroom home has an elevator, a heated pool, and views of the Atlantic Ocean 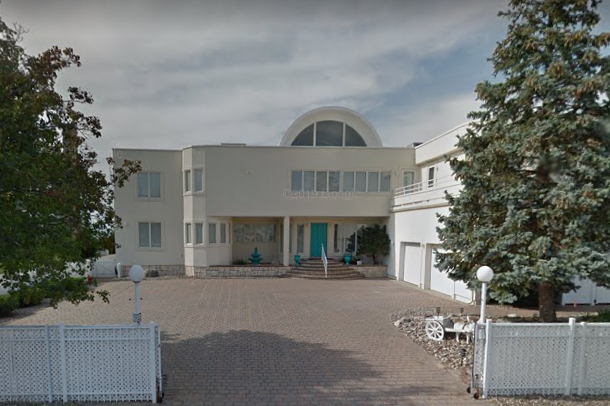 For those Joe Pesci super-fans looking for that most unique piece of of memorabilia to add to their collections, this is for you — but fair warning, it'll cost you a pretty penny.

The New Jersey native is selling his waterfront Jersey Shore home for $6.5 million, according to Realtor.com. This 7,219 square-foot residence is located in the West Point Island neighborhood of Lavallette, Ocean County. The eight-bedroom, eight-bathroom property was built in 1990 and purchased by Pesci in 1994 for $850,000.

The home has everything from Atlantic Ocean views to a heated pool. The home theater is decorated with memorabilia from films Pesci starred in, including a "Lethal Weapon 3" pinball machine. It also features a spiral staircase, elevator, and private, master-bedroom balcony.

But as nice as all this is ... we have some questions about the style. While it does sport a clean and contemporary vibe, it also appears that the home has not been updated since the '90s. Those stools and laminate countertop bar. That brass. The kitchen with white walls, black accents, and pastel fans. Did we mention the brass?

Pesci was born in Newark and raised Belleville, Essex County. He's well known for his movie roles, including "Goodfellas," "Home Alone" and "My Cousin Vinny." Most recently, the actor starred alongside Robert De Niro and Al Pacino in Martin Scorsese's "The Irishman."