Where to watch 'The Irishman' in theaters this November

Martin Scorsese's mob drama will be released Nov. 1, but right now the soonest you'll be able to see it in Philly is Nov. 8 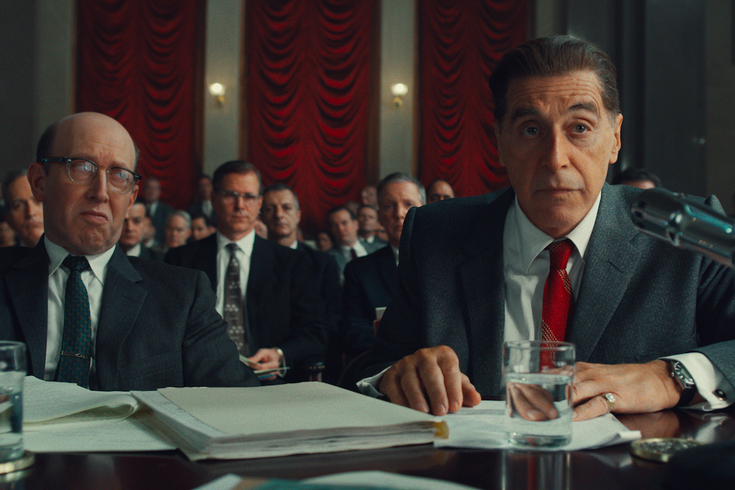 'The Irishman' starring Robert De Niro, Al Pacino and Joe Pesci is getting a very limited theatrical release beginning Nov. 1, before Netflix makes it available to stream on Nov. 27.

If you're counting down the days until "The Irishman" starring Robert De Niro, Al Pacino and Joe Pesci is released in theaters next month, first read our review of Martin Scorsese's 3 1/2-hour movie, then check out our roundup below of nearby theaters where it is being shown.

"The Irishman" was screened at the Philadelphia Film Festival on Tuesday, but you still have a chance to see the movie on the big screen. Netflix is giving the gangster epic a very limited theatrical release beginning Nov. 1, before making it available to stream on Nov. 27.

Both the Ritz Five and Bryn Mawr Film Institute will start showing the movie on Friday, Nov. 8. Tickets are not yet on sale.

Philly's Ritz Five is located in Old City at 214 Walnut St., while the Bryn Mawr Film Institute in the suburbs is located at 824 Lancaster Ave.

Not near either? Netflix just launched a website where fans can search for upcoming screenings of "The Irishman." It's being constantly updated, so check back frequently as more information is added – just don't expect any national theater chains.

And as you get excited for the movie's release, go ahead and watch the trailer again for the umpteenth time.