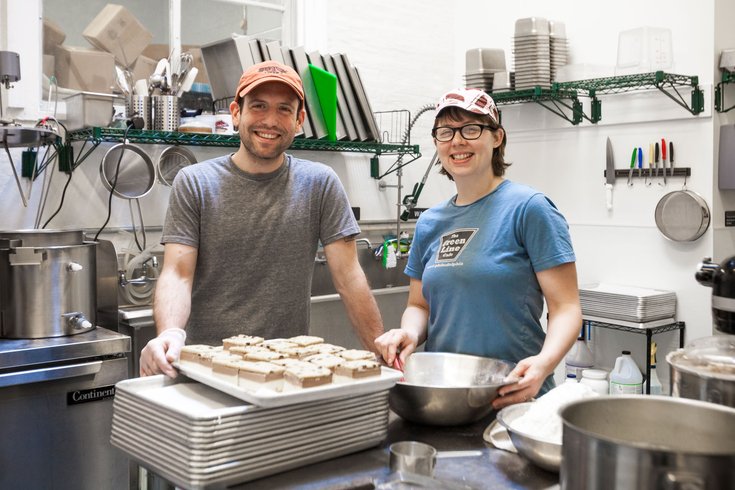 Weckerly's, the self-described "micro-creamery" based out of Globe Dye Works, is finally getting a brick-and-mortar after nearly four years of distributing to local mainstays like Di Bruno Bros. and Weaver's Way Co-Op.

Weckerly's, for the uninitiated, specializes in French-style custard ice cream and is perhaps best known for its ice cream sandwiches. Ice cream flavors range from caramel corn to lemon verbena black raspberry, carrot cake to buckwheat sour cherry. The varieties, of which there will be six rotating at all times (in addition to two sorbets), are dreamed up by husband-and-wife duo Jen and Andy Satinsky. As is already the case, many flavors will be seasonal and made with cream sourced from Seven Stars Farm in Chester County.

The 350-square-foot shop, to be located at 9 W. Girard Ave. in Fishtown, will boast an ice cream bar that spans the storefront's window. A mural is also being commissioned that portrays the "farm-to-scoop" process of making the ice cream.

The shop is slated to open later this year, with fingers crossed for a late summer opening. Weckerly's will operate seven days a week.