Trump, Michelle Obama to return to Pennsylvania as election nears 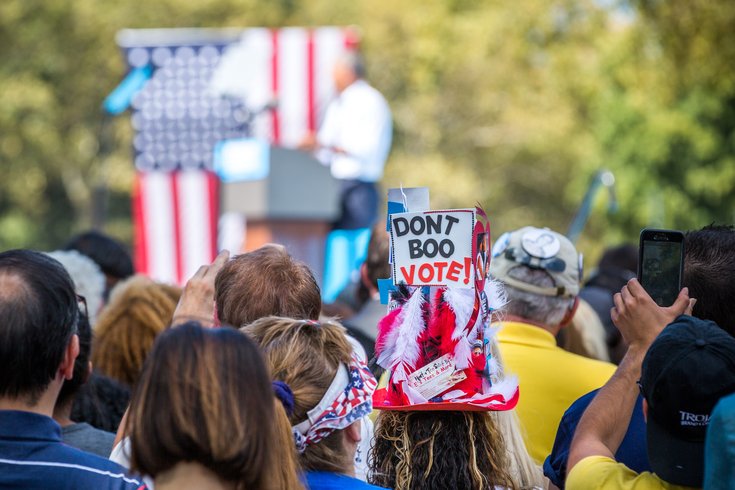 With the general election inching closer, presidential candidates Donald Trump and Hillary Clinton are pulling out all the stops Tuesday by announcing rallies in Pennsylvania, an important battleground state for both, for this week and next.

It's only been about a week since Republican presidential candidate Donald Trump campaigned in Pennsylvania, but his campaign announced that he'll return again Thursday for a public rally in Delaware County.

The event will be held at Sun Center Studios in Chester Township at 7 p.m. Attendees can register for up to two tickets on the campaign's website.

During his last visit, Trump rolled out a child care plan that targets affordability and will guarantee six weeks of paid maternity leave for new mothers. The plan will be headed by his daughter Ivanka Trump, a mother of three.

Democratic presidential nominee Hillary Clinton's campaign also announced Tuesday that First Lady Michelle Obama will be in Philadelphia and Pittsburgh on Sept. 28, though the specific time and location for both have not yet been announced.

Both candidates have been putting in their fair share of effort campaigning in the state. Earlier this month, Trump met with African-American voters in Philadelphia while President Barack Obama campaigned solo for Clinton last week.

PredictWise, a company that looks at betting markets, reports a 78 percent chance of Clinton winning the state. However, an August poll from Franklin & Marshall College shows Clinton leading Trump 47 percent to 40 percent.

The last day to register to vote in Pennsylvania is Oct. 11.