Week in Review: Otters, Fattah and the rabid zombie fox 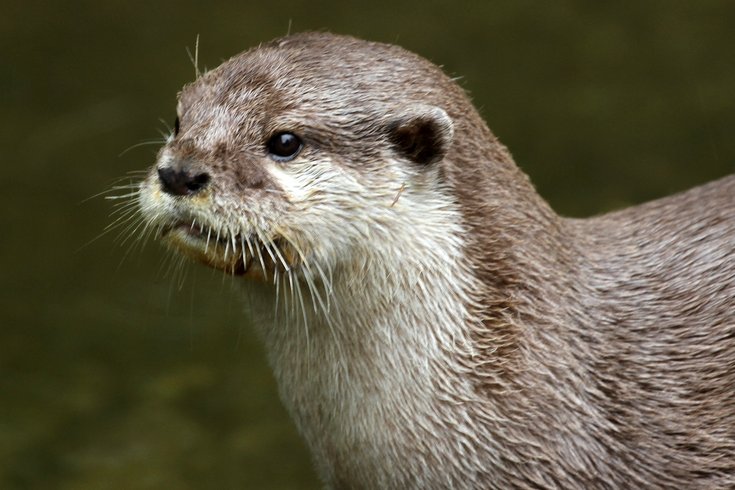 "I was a person and now I'm a totes adorbs otter. On the real though? It sucks."

Chaka Fattah resigns from the House of Representatives, a move encouraged by House Speaker Paul Ryan. “You have besmirched the name of a fine institution,” says Ryan. “Now, if you’ll excuse me, I need to go publicly endorse a vile bigot because he’s in the same little club as me.”

Allen Iverson says his fans deserve to be in the Hall of Fame with him. Yes! We didn’t practice either.

Authorities in New Jersey are searching for a man they say roughed up an 82-year-old woman while stealing her car. “Heartless thug?” Chris Christie says to the lady in the drive-thru window. “I have a name, you know.” “I never called you that,” she murmurs while filling a large soda cup with fries, as instructed.

Yuengling agrees to pay $2.8 million in penalties for violations of the Clean Water Act. “We’ll pay, but for the last time: It’s not water, it’s Yuengling Light Lager and some people think it’s perfectly pleasant.”

A Burlington County man is stalked and attacked by a rabid fox that reminded him of a “terminator or a zombie.” “I’m just devastated,” says the man’s wife. “How can you not film something like that?”

The Philadelphia Water Department says the otter population along the Schuylkill is on the rise. “Strangest thing,” says park ranger. “The other day, one of them crawled up to me and stood up on his little hind legs and starting talking. Said he used to work in waste management at the Yuengling plant or something. Had this whole sob story. Anyway, I shot it right away. Otters ain’t supposed to talk.”

The Sixers select Ben Simmons with their first overall draft pick. A.I. immediately welcomes him into the Hall of Fame.

Princess Grace Kelly's childhood home in East Falls , once the subject of a cat-hoarding investigation, is up for sale at $1 million. Rose Bianchi — prom queen at Goretti in ’62 — downs another pint of Riunite Peach Chardonnay, opens 38 cans of Fancy Feast and weeps about what could’ve been.

Mayor Kenney officially opens the city’s swimming pools, but wears a suit and doesn’t get in the water. “I’m not jumping in until the otter exterminator gives the thumbs up.”