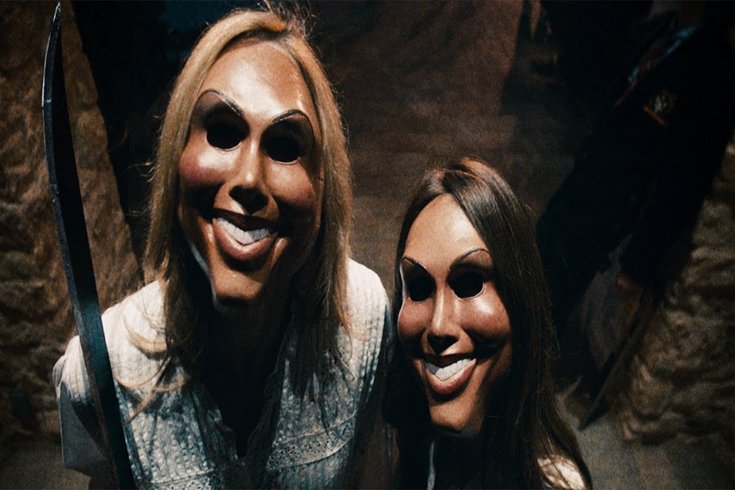 This is from the 'The Purge' trailer. It really doesn't have anything to do with anything.

Police charge a central Pennsylvania man with charged with spraying marijuana with embalming fluid used on a human brain, and then smoking it. “And now that I’m twice as smart, I realize that was a pretty gross thing to do.”

Members of the Philadelphia Boys Choir & Chorale will travel to Cuba to perform several shows. And, likely, defect.

Workers at Philadelphia International Airport vote to strike during the DNC. “We’re the worst,” explains union rep. “We just want our city to look bad at any cost.”

Three Pokemon Go players get locked in a Pennsylvania cemetery. “We spent the night surrounded by monsters,” they say happily.

Pennsylvania Gov. Tom Wolfe signs a bill allowing ridesharing businesses like Uber and Lyft to operate legally in Philadelphia through Sept. 30. Spoiler Alert: This is how "The Purge: Election Year" starts.

Philadelphia bars hosting official DNC events will be permitted to stay open until 4 a.m. during the convention. Right out of "The Purge: Afterparty-pocalypse"

A ranger at Gettysburg says the park regularly receives twigs, rocks and other things stolen from the Civil War battlefield with a note from a thief who experienced bad luck after the theft. Point is: Bring back the Charizard.

A Temple student who rode his bike across the country has it stolen from a bike rack outside 30th Street Station. “That’s okay, I stole the bike from Gettysburg and it’s brought me nothing but bad luck,” shrugs student. “For instance: I never intended to ride across the country. The brakes just failed.”

Pennsylvania State Police pay a $195,000 in damages after locking up a New York man for 29 days because the troopers mistook the man’s homemade soap for cocaine. “It’s a common mistake!” shouts cop. “Sorry! I’m so excited right now! I just had the most invigorating shower of my life!”