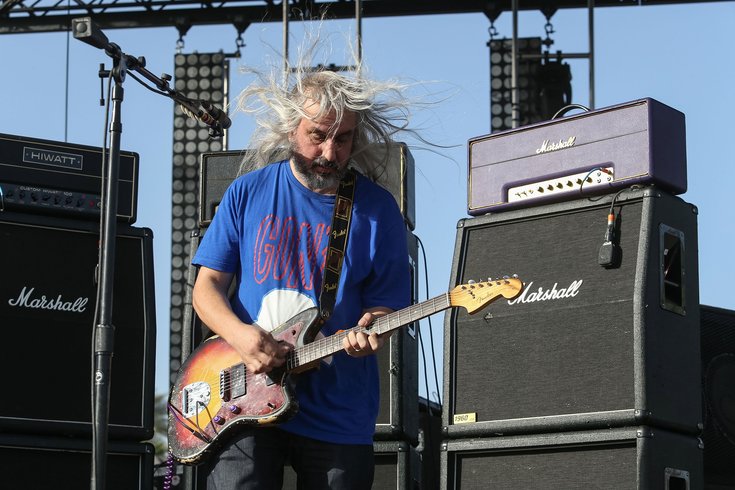 J Mascis and his veteran indie noise rocker mates in Dinosaur, Jr. will be at Union Transfer on Saturday night

DJ Skratch Bastid has spent the better of his life honing his chops behind the turntables. The award-winning Canadian DJ lends an effortlessness to all his pyrotechnics, mixing and conjuring up flabbergasting blends of soul, funk, and hip-hop.

Maryland producer and DJ Antonio Cuna, who releases music under the name Sweater Beats, makes funky electronica with an eye towards the dance floor. Cuna channels sounds you might expect from a contemporary R&B producer—syrupy, full-bodied synths—but he channels them through an electronic dance paradigm, building up to EDM drops and snappy breakdowns.

Massachusetts band Dinosaur Jr. has a knack for consistency, which, for a more than 30-year old group, is perhaps a quietly vital quality. The veteran indie noise rockers have a career that’s most easily read in chapters, and their latest has been an unexpected marvel. Since 2007 Dinosaur Jr. has been serving fans new music after a reinstating their long-defunct original lineup. For a group of guys that began playing together in the ‘80s, they suddenly sounded reinvigorated. They’re still at it, and in August shared yet another late-career highlight with a new album called “Give a Glimpse of What Yer Not.”

Over the last several years the Harlem collective A$AP Mob has ushered in a new wave of New York City hip-hop with charm. The group’s innovations have never been stylistic so much as curatorial, borrowing and rearranging influences with aplomb. Beside the de facto frontman star (A$AP Rocky), it’s A$AP Ferg that has nestled his way into the mainstream, mixing shifty dance music into his street hop.

Bilal is perhaps Philly’s quietest legend. The Grammy award winning singer has a veritable list of classics under his own name, but he’s also long been an entirely reliable songwriter and vocalist for the stars, popping up on magnum opuses from the likes of Common, Erykah Badu, Kendrick Lamar, and more. Based in New York, the artist is home for the holidays with a rare Philly show.

In an interview with Noisey a couple years ago, the lead-singer of the Japanese outfit ENDON tried to come to terms with the type of music his band produces. “I know I should be modest,” Taichi Nagura said, “but how about ‘catastrophic noise metal?’” For his part, Nagura lives up to that promise, tormenting his voice excessively while the musicians behind him conduct weird, oppressive electronic hardcore.