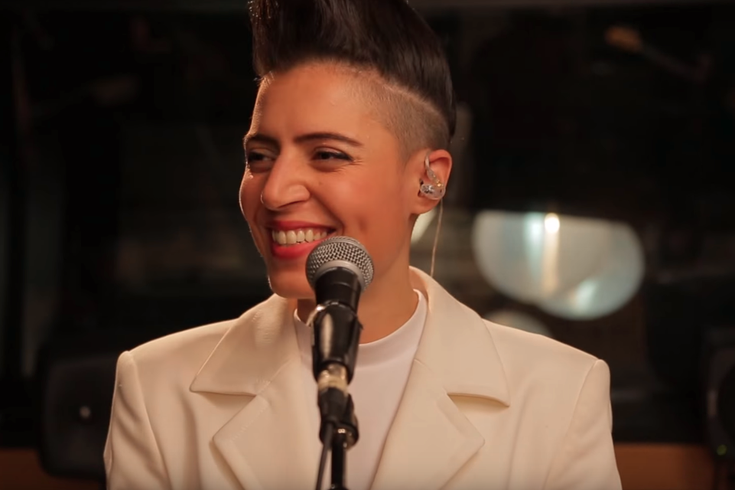 Canadian indie rockers The New Pornographers have built up a remarkable reliability over the course of seven albums. Their latest, “Whiteout Conditions,” piles on some more familiar power pop to their catalog. And even with a morphing line-up—it’s hard to blame a decades-old band for ditching a member here or there—The New Pornographers have stayed their course, cranking out nostalgic, fist pump-worthy tunes as a matter of habit. (Note: Every ticket purchase for this week’s show at Union Transfer comes bundled with a download of the group’s new album.)

The New York duo Overcoats share an almost eerie intimacy on their debut album, “Young,” which brims with alternative pop and sparse ballads. Hana Elion and JJ Mitchell are cathartic, vulnerable songwriters, and they’ve packed enough into “Young” to feel like you know their every story.

The Chicago rapper Mick Jenkins has spent the last several years pumping out hazy hip-hop and R&B. Jenkins is a quiet, solo force in an emerging class of emcees from the midwestern city, and has a remarkably nimble singing voice that can lend his music a bluesy tone. His debut album, last year’s “The Healing Component,” flew under the radar as one of 2016’s best.

Just about everything surrounding the recent resurgence of the 39-year old rapper 2 Chainz has been endearing. Now entering his third decade in the industry, 2 Chainz is both a better, funnier rapper and a bigger star than he’s ever been before.

The R&B singer Ty Dolla $ign has a uniquely gravelly voice and a raunchy disposition. He’s also one of the best songwriters of any genres to emerge in recent years, and his two albums and many mixtapes are stacked with slinky bangers as proof.

For all the smooth Jazz sensibilities that fit her voice, the New York City singer Emily King has a prickly, funky side. Her greatest knack is rolling these charms into a single, soulful blend. But ultimately, King revels in a hushed tone that demands her listener leans in. It’s a special treat then that King’s current tour is intimate and sparse, and even a large venue like Union Transfer adapts with a special seated arrangement in this case.

For as long as he’s been caught up in the New York rock beat, Arto Lindsay has been tormenting tradition with his weird experimentalism. The prolific guitarist and bandleader spent an impressionable time in his youth in Brazil, soaking up the country’s Tropicalia genre and bringing some of its avant-garde sensibilities back to New York City. As a co-founder of the 1970s no wave outfit DNA, Lindsay carved out a career-long reputation as a voraciously talented and weird guitarist. He’s never stopped experimenting, even when he moved into more traditional pop and soul territory.

The fourth annual Get Better Fest rings in its third and final day of music on Sunday at PhilaMOCA. Even if you missed out on the full weekend, the last bill of the bunch packs a punch. Whether it’s the rollicking punk of Thin Lips, the slick alternative of the trio Amanda X, or the gravelly rock of Katie Ellen, the lineup is stacked with a diverse troupe of talent. As ever, the festival functions firstly as a benefit, and this year’s proceeds will be donated to the Trans Assistance Project, Youth Emergency Services, and Women Against Abuse.