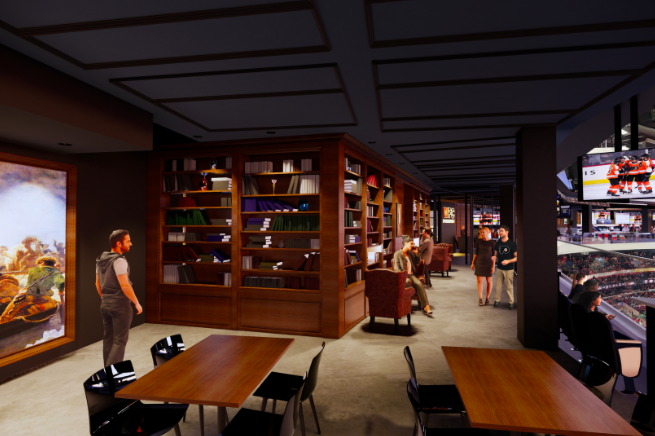 The Assembly Room is a new general admission standing room area at the Wells Fargo Center. Tickets for Flyers games will start at $25, the lowest price point in the NHL.

Philadelphia Flyers fans now have a cheaper option to attend games this season at the Wells Fargo Center: a $25 standing room area at the arena in South Philadelphia.

The space in the upper bowl of the Wells Fargo Center is latest development in a multi-year, $265 million renovation to the home of the Flyers and Sixers.

“We viewed the New City Terrace as a place where we could be our most creative during the Transformation of the building,” said Valerie Camillo, president of business operations for the Flyers and Wells Fargo Center. “We sought to create a space that would be a destination unto itself – something that inspired people to buy a ticket because they just had to experience it.”

The Assembly room covers approximately 23,000 square feet and accounts for about half of the level that was formerly reserved for private groups. 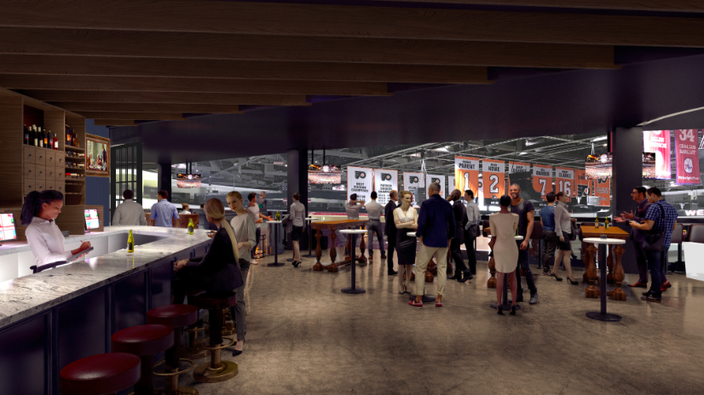 South Bar at the Assembly Room in the Wells Fargo Center.

Tickets to the Assembly Room will start at $25, the Flyers most affordable price point and the lowest available in the NHL.


“We’ve all seen the data suggesting that many fans, especially younger fans, are being priced out of the live sporting event experience,” Camillo said. “So the first thing we wanted to do was create a ticket that was affordable.” 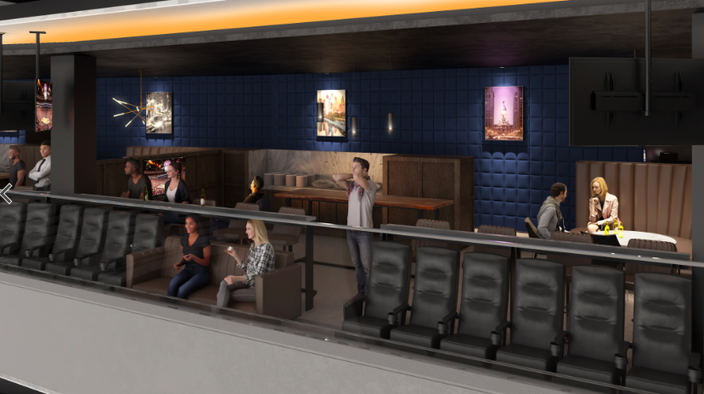 The Liberty Lofts are open plan “suite” spaces located along the south end of the Wells Fargo Center. 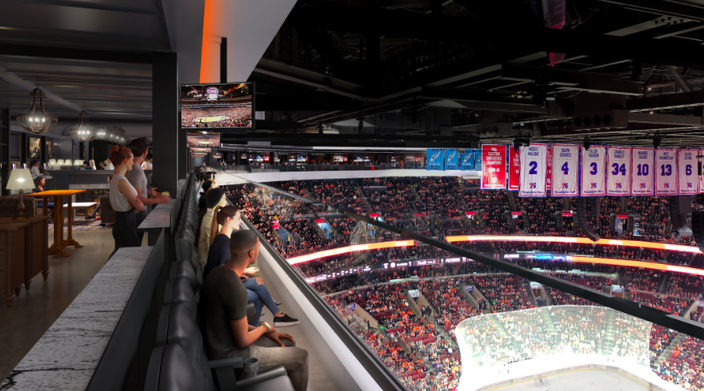 Revolutionary Row is the only fixed seating area in the Wells Fargo Center's New City Terrace. Fans can access these front row balcony seats only through a season ticket package.

“Anyone can offer a ‘cheap ticket,’ but we have higher ambitions,” Camillo said. “We want to create a first-class experience at an accessible price point.”