The new American-style concept, part of the restaurateur's partnership with Aramark, will open in October 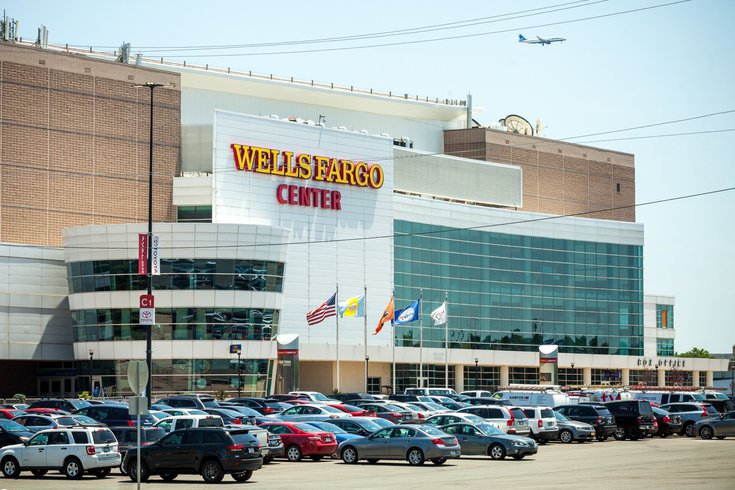 A new Stephen Starr restaurant will open at the Wells Fargo Center in October 2022. The American-style concept will pay homage to the history of Philadelphia sports will offer direct views of Flyers and Sixers games.

Philadelphia restaurateur Stephen Starr's collaboration with Aramark will bring a new full-scale restaurant to the Wells Fargo Center this fall.

The unnamed eatery is set to replace The Grille, which has long served as the Club Level's sit-down chophouse. It will be open only to ticket holders for Flyers and Sixers games, in addition to select concerts and events.

The new American-style restaurant will seat approximately 300 people, offering direct views of Sixers and Flyers games, with floor-to-ceiling windows that also look out at the Philadelphia skyline.

Designed by Rockwell Group, the space will showcase the history of Philadelphia sports, a common thread of Comcast Spectacor's renovation of the arena's Club Level. The restaurant is joining several new bars and seating options planned for the space to start the Flyers and Sixers seasons in the fall.

“The sports and entertainment industry is one that I’ve yet to leave my mark on, so this opportunity to collaborate with Aramark and Wells Fargo Center on an in-arena restaurant concept is really special,” said Stephen Starr, founder and CEO of Starr Restaurants. “I look forward to using my creativity and passion for developing elevated dining concepts to help create a unique hospitality experience for Philadelphia sports fans.”

The new restaurant won't be a traditional Starr Restaurant like Buddakan and Talula's Garden. The collaboration with Aramark is expected to put the Philadelphia-based food service provider's twist on what's described as an upscale tavern.

“As we work closely with Starr Restaurants and Wells Fargo Center to develop this new concept, Aramark is focused on the ways in which we can showcase our culinary agility and customize the game-day experience to meet the needs of our client and the expectations of fans,” said Alison Birdwell, president and CEO of Aramark Sports + Entertainment. “This is an exciting collaboration between three industry leaders, and we can’t wait to deliver a brand-new experience that leverages the creativity and expertise of all parties involved.”

The restaurant is the latest feature of an ongoing, $300 million transformation of the Wells Fargo Center. In addition to the arena's concourse upgrades in recent years, the Club Level renovation will include a new lobby and entrance for premium ticket holders and exclusive retail outlets.

“Stephen Starr is synonymous with culinary excellence here in Philly and all around the world, and this new restaurant concept at Wells Fargo Center is just one more way to ensure our arena remains cutting edge and world class for decades to come,” said Valerie Camillo, president of Wells Fargo Center. “Our ongoing transformation project is all about honoring the great history of Philly sports — while also celebrating the latest and greatest that Philadelphia has to offer. That’s what this restaurant is all about, recognizing the best of the city’s world-renowned culinary offerings.”

Starr currently is working with Comcast on a seasonal cafe that will be located outside the company's headquarters at 17th Street and JFK Boulevard in Center City. The restaurateur also is developing Bankroll, a sports bar and entertainment center planned for the former Boyd Theater at 1910 Chestnut St.