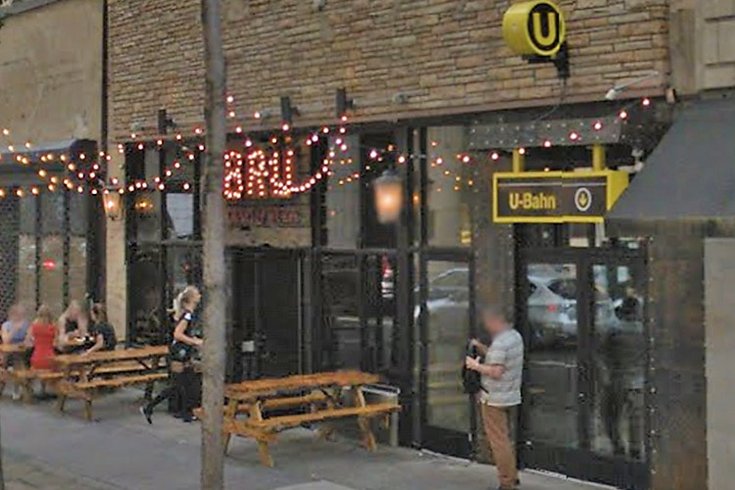 Jeff Sotland, owner of the Tabu gay nightclub in the Gayborhood, says he is concerned that not all establishments in Philadelphia are being held to the same standard.

U-Bahn, a Chestnut Street bar known for its craft beer, is not exactly the sort of place where you might expect to find controversy brewing.

On a typical weekend at the bar, the sister establishment to next-door BRU Craft & Wurst in Philadelphia's Midtown Village/Gayborhood, a local DJ can be found spinning tracks while patrons nosh on warm pretzels and other German-inspired eats.

But you can't get into U-Bahn on a Friday or Saturday night if you're wearing a hat or work boots.

And that dress code rankles Jeff Sotland, the co-owner of Tabu, a gay lounge and sports bar in the Gayborhood around the corner from U-Bahn on South 12th Street.

For the past few months, Sotland has worked with the Philadelphia Commission on Human Relations (PCHR) as the panel worked to address complains about rampant racial discrimination at the city's gay bars and nightclubs. The issue has been ongoing for many months.

First, there were the heated community meetings on Gayborhood racism late last year. Then the PCHR released its report outlining complaints before leading mandatory training for all gay bar owners and staff. The PCHR confirmed to the PhillyVoice that, to date, there’s been 100 percent compliance.

Another element to the PCHR investigation was the dismantling of discriminatory dress codes in gay bars and nightclubs. In the past, articles of clothing like Timberland boots have been discussed, as well as athletic gear and skullcaps popular among African-American men.

But Sotland is concerned that not all establishments are being held to the same standard.

“If the PCHR is serious about enforcing dress codes [that are not discriminatory], then we should see a very serious approach undertaken in the coming days,” Sotland said. “U-Bahn and all bars operated by the same owners must go through training if everyone is going to be held to the same standard.”

According to Pamela Gwaltney, deputy executive director at the PCHR, the Gayborhood bars were targeted for investigation because of specific complaints that surfaced about these businesses. And while she says there is no standard dress code policy for bars and clubs in Philly, ultimately policies need to be enforced equally to ensure no patrons are being unfairly signaled out based on race.

'NEVER LOOKED AT OTHER ESTABLISHMENTS'

“The policy was developed with the management and safety teams along with ownership,” said Sourias, who can’t personally remember a time when anyone was actually turned away for wearing a hat or steel-toe boots at the bar. “People typically don’t show up wearing them.”

A plaque implicitly stating the dress code policy was recently removed from the building.

Sotland has accused the PCHR of operating with a double standard, especially if bars like U-Bahn are exempt from the investigation into discrimination. “They never looked at other establishments near the Gayborhood,” he said.

A few significant incidents led to the investigation into the Gayborhood specifically, most notably after the owner of gay nightclub ICandy was caught on video using the n-word to describe African-American customers. Activist groups, like the Black and Brown Workers Collective, staged protests at ICandy, focusing their attention on racial bias throughout the Gayborhood, which led to media coverage and ongoing conversation within the community.

The uproar led the PCHR to investigate a myriad of complaints about treatment, hiring and door policies related to minorities at gay bars and nightclubs citywide. The investigation would also lead to non-profits that serve the LGBTQ community, like Mazzoni Center. An investigation is ongoing about accusations of sex abuse that led to the resignation of the medical director and executive director there this spring. 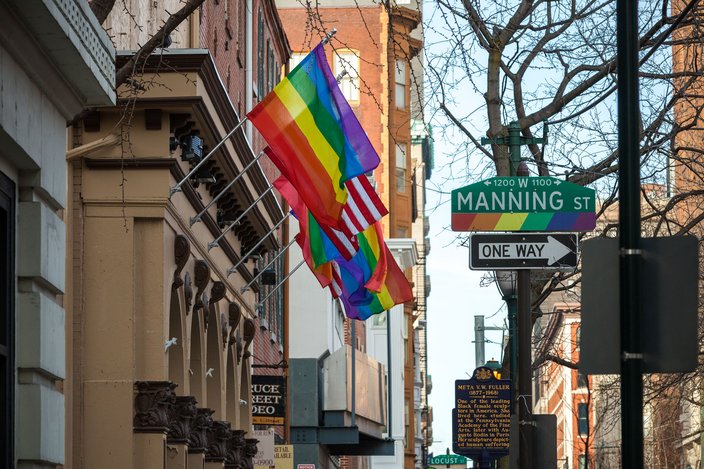 Owners and staff at gay bars and nightclubs in the Gayborhood were ordered to attend mandatory training and review their dress codes after allegations of racism in the Center City neighborhood.

'SIMILAR PROBLEMS AT OTHER BARS'

At Stir, a popular lesbian-owned bar near Rittenhouse Square, about the only rule they have is that clothing is mandatory. “Stir has never had a dress code policy,” says Holly Johnson, co-owner with Stacey Vey. “Stacy will be the first to tell you that comfort for her is priority. You will find her in ripped jeans, sneakers and a t-shirt most times.”

Johnson admits that when the PCHR announced mandatory training for all gay bar owners, both she and Vey were a little surprised. “We were surprised that it was only to include gay bars,” said Johnson. “I’m sure there are similar problems at other bars outside the gay realm.”

Stephen Carlino, owner of the Tavern Group – which includes UBar and Tavern on Camac in the Gayborhood as well as Otto’s Taproom and Grille in Brewerytown – confirmed that his establishments all went through the PCHR training this year, though no dress code changes were needed at any of the three bars.

“We want people to be neat and clean,” Carlino said. “The only rule is that we do not want people in hoodies covering their heads. This is for security. You can wear a hoodie but not covering your face or head. My cameras need to see their faces.”

Carlino was agreeable to the training in light of the community complaints, but he believes that all businesses in Philly should be held to the same standard, not just gay bars and clubs. “If an establishment wants customers to wear a suit and tie then they should have that right,” he says. “But it should be applied to all customers. I don’t like the idea of the city intruding on how I run my places.”

As for other bars and nightclubs in Center City, PCHR confirmed to the PhillyVoice that it will be looking into policies that may be discriminatory.

“We will be contacting the owner [of U-Bahn] to learn more about their policy and share our concerns,” Gwaltney said. “Based on the results of that conversation, we will decide next steps which may include opening a formal complaint and conducting an investigation.”