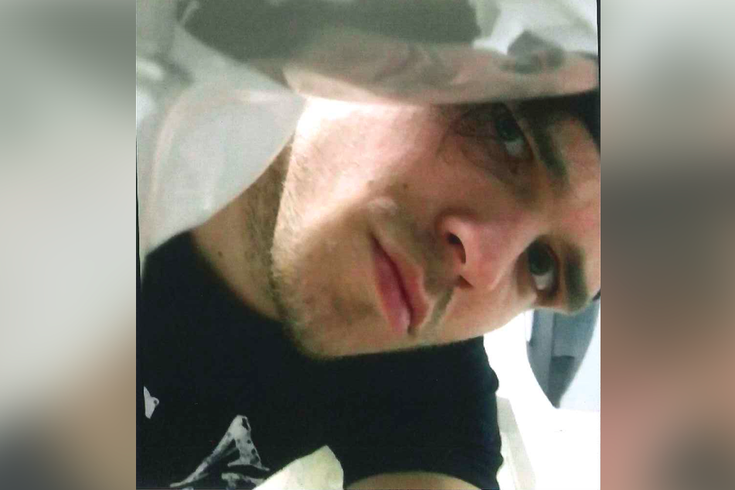 A West Chester University theater student is facing multiple criminal charges for allegedly filming women in public bathrooms both on campus and in other locations across the region, Chester County prosecutors announced Tuesday.

Joshua Yannuzzi, 24, of Honey Brook, Chester County, was arrested following the discovery of an iPhone taped beneath a sink inside a restroom at the university's E.O. Bull Center for the Arts earlier in October. The woman who found the phone saw it was recording through a third-party application and its camera had been pointed at a toilet, according to prosecutors.

When the victim turned the phone over to university police, authorities said they found Yannuzzi outside the bathroom and matched him to the person allegedly seen in recordings found on the iPhone, prosecutors said.

A search warrant executed on the iPhone revealed Yannuzzi allegedly had recorded more than 90 individuals in at least 10 bathrooms. At least 45 videos depicted woman in the first floor bathroom of the E.O. Bull Center, a gender neutral facility where Yannuzzi allegedly filmed 30-50 times.

Investigators learned that Yannuzzi was an active member of the local theater community and was scheduled to perform in the university's production of "My Fair Lady" in November. Prosecutors said Yannuzzi knew his victims and deliberately targeted them over a two-year period, capturing videos of them in various states of undress and nudity.

"This defendant was a technological predator," Chester County District Attorney Tom Hogan said. "Using his ties in the theater community, he specifically targeted certain young women for hidden recordings in private places, all for his own sexual gratification."

Yannuzzi allegedly filmed women in bathrooms at the Footlighters Theater in Berywn, the Genesius Theatre in Reading, the Street Light Productions Theater in Rising Sun, Maryland, and at several residences in West Chester, Philadelphia, Reading and Rehoboth Beach.

In a criminal complaint, authorities said Yannuzzi allegedly admitted he filmed the women and was able to identify them in still shots shown to him by police. A search of Yannuzzi's internet history allegedly revealed an interest in bathroom voyeurism, police said.

In one instance, prosecutors said Yannuzzi allegedly uploaded a recording to the website, where it was viewed more than 1,000 times.

Yannuzzi is charged with more than 100 offenses, including wire-tap violations, criminal use of a communication facility, distribution of obscene materials and invasion of privacy. He has been banned from the West Chester University campus as the school pursues administrative remedies against him.

Chester County prosecutors are seeking help from potential victims who may have had contact with Yannuzzi. More than 20 women have already been identified and investigators believe there are potentially many others.

"We need other victims to come forward and help us prosecute this defendant," Hogan said. "Anyone who has had contact with Josh Yannuzzi in theater productions or living arrangements is a potential victim."

Those with information about the defendant can contact Chester County Detectives at (610) 344-6866.