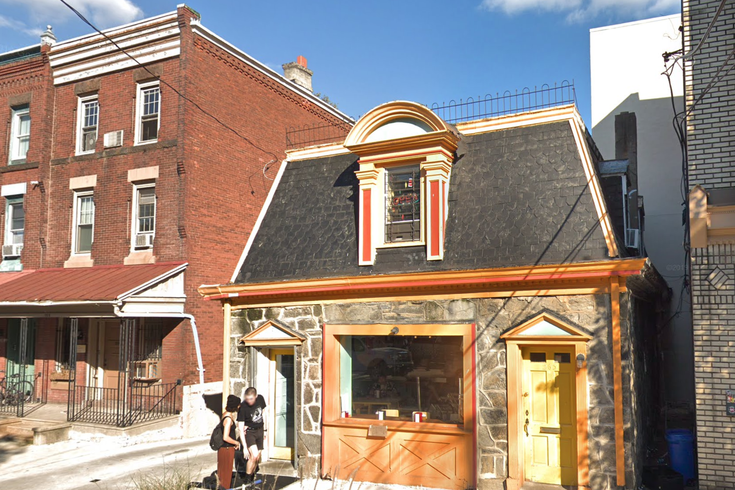 Honest Tom's, the long-running taco-and-burrito spot on 44th Street in West Philly, is closing up shop at the end of July. It will become a new Mexican restaurant. Honest Tom's owner Tome McCusker announced his plans to retire on Instagram, saying he plans on 'growing dope, selling natural foods, and hanging out with (his) kid.'

Honest Tom's, the West Philly taco-and-burrito shop which transitioned to a plant-based menu a year ago, will end its run on 44th Street at the end of July.

Tom McCusker announced his decision to retire from the restaurant business, and by extension close Honest Tom's, Tuesday night on Instagram.

McCusker said he plans on "growing dope, selling natural foods, and hanging out with (his) kid," according to the post, which you can read in full below:

On July 30th I’ll be retiring from the restaurant business in order to focus on growing dope, selling natural foods, and hanging out with this kid. In that order. Three of the hardest working people I’ve ever met are taking over the shop, and turning it into a place of their own. Alvaro, Maria and Eli have been cooking your food and putting up with my shit for almost a decade now, and it’s their time to shine. They’ll be opening a Mexican restaurant that will rival any spot in the city, and I wish them the best. Me and yaseer are starting a fruit and alkaline food delivery/pickup program tentatively titled @fruitadelphia serving the city of Philadelphia, Delaware County, Wilmington, DE and hopefully in the coming months well beyond. It’s been a pleasure serving you. Thank you all and goodnight.

The restaurant, meanwhile, will become a Mexican spot run by three Honest Tom's employees, which McCusker said "will rival any spot in the city".

The timing of another truly Mexican spot is interesting, after the neighborhood lined up around the block last month for newly-opened Mexican restaurant Don Barriga, which sits just a block away from the Honest Tom's storefront.

McCusker told PhillyMag that he's been looking to leave the restaurant business for at least a year, and he almost decided to use the West Philly storefront for his own health food and produce business. Ultimately, his employees approached him about buying the space and using it for a new restaurant, and McCusker listened.

For now, McCusker is tentatively calling his next project "Fruitadelphia", which he told PhillyMag will offer a list of products available for customers to pick up in the Philadelphia, Delaware County, and Wilmington areas. A corresponding Instagram account with the handle @fruitadelphia has a preliminary list of products posted, based on popular herbalist Dr. Sebi's low alkaline diet:

Starting in August we will be offering the foods of this list, as well as lots of herbs, teas, etc for online ordering/pick up/delivery.

As for the currently-unnamed Mexican restaurant, the new owners told PhillyMag they expect to be up and running by early August.