Philly's wet and dreary May makes up for unusually dry April

April showers bring May flowers, but sometimes it's the other way around.

That’s certainly true this year in Philly, where residents are beginning to forget what the sun looks like. It's been a particularly gloomy beginning to May in the area, with cloudy skies and frequent rain.

It's been approximately 6.34 years since the greater Philadelphia area has seen the Sun

Yet all the precipitation, as dreary as it seems, makes up for an abnormally dry April, and signifies a flip-flop from last year's spring.

According to data from the National Oceanic and Atmospheric Administration, the Philadelphia area only saw 1.75 inches of precipitation in April — the lowest since 2001.

We've already made up that total in the first four days of this month, as 1.24 inches of precipitation have already fallen.

You might want to get used to the rain for a bit longer, by the way. According to the National Weather Service, Philly will get a glimpse of sun on Monday — followed by three straight days of clouds and showers. 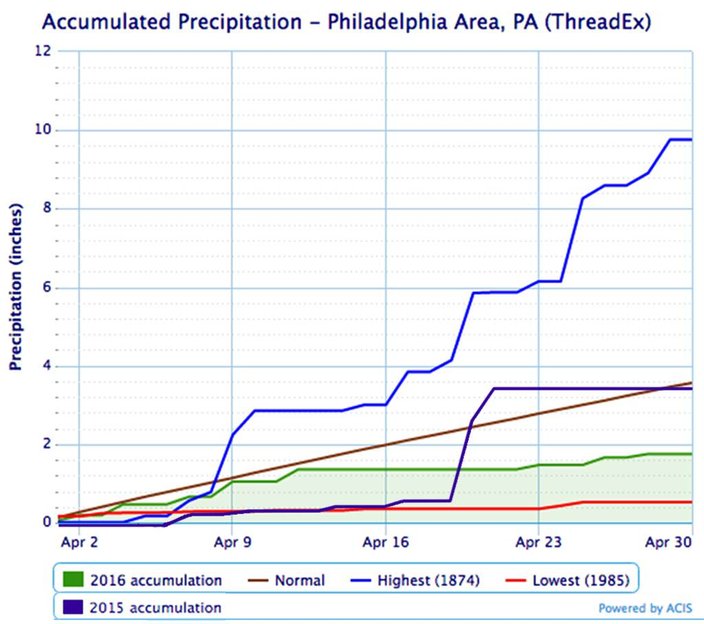