What a fractious 2015 in media means for Philadelphia

Despite a tough year for those who cover the city, there's cause for hope 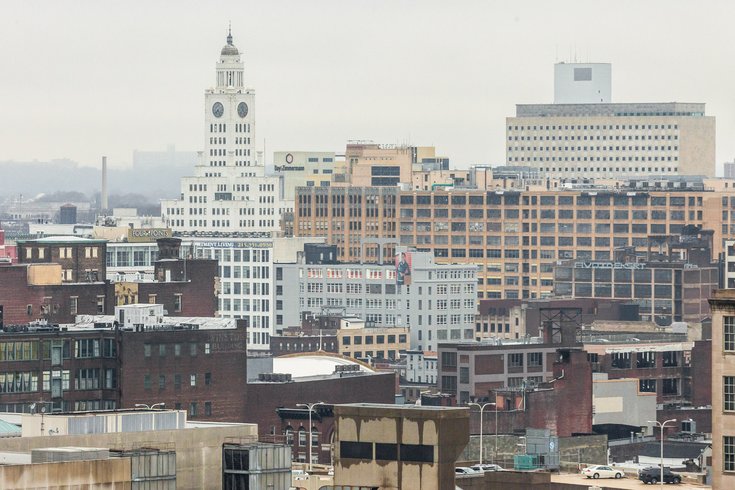 The white tower that used to house the Inquirer, Daily News and Philly.com serves as a symbol for a tumultuous year in Philadelphia media.

For a guy who opts against sitting at the press table when covering City Council meetings – no special seating necessary; I'll sit with the people – they’re short-straw assignments akin to volunteering for “Rank the Pain Caused by Various Dental Drills” experiments.

But as I sit here at PhillyVoice World Headquarters, my eyes are drawn northwest – across a skyline under a dreary sky – to a white tower that’s seen its enamel dim amid structural decay causing the type of erosion that calls for extraction.

It is the same tower I gazed upon with awe when the late, great Charlie Dawg and I drove up from Sea Isle City, courtesy of a career move from the Press of Atlantic City to Philadelphia Weekly more than 15 years ago.

Yet, as I look at it today, it is not the same tower at all. It is a totemic symbol of a sandcastle feverishly trying to rebuild itself as the tide rolls out, fighting to stay woke enough to fend off the incoming tide’s arrival in 12 short hours.

All of which is to say, yeah, the year 2015 A.D. in Philadelphia media has forced me to change the word “abide” up there in the first sentence to “abided.”

I was born in 1973 at the height of the Watergate scandal. Those were some heady days for American journalism. They created an atmosphere that drew many to the field. Of course, I don’t remember any of that. I’m only “got my first email account during junior year of college” years old, after all.

Yet, what I’ve seen happen to, and throughout, Philly media since the year 2000 affords me enough wisdom to hold court on it today. Mine is a unique perspective courtesy of having worked full-time at PW, City Paper, Metro Philly, NewsWorks/WHYY and PhillyVoice; interned at Philadelphia magazine; and freelanced (a wee bit) for the Inquirer and Philly.com.

When I left City Paper in 2008, the publication was roughly 100 weekly pages of news and entertainment stories kept afloat by a healthy advertising infusion of both respectable and prurient natures.

Soon, things began to turn both there, and throughout the print market. For that, I assign fall-guy blame to Craigslist, which rapidly gutted print media’s classified-ad stronghold. (Amid many, many reasons.)

The book-size dwindled (offensively so, to mine eyes) until the paper, despite the quality journalism therein, resembled a glorified pamphlet. Then, this October, the paper disappeared altogether after being sold by Metro to the PW folks who chose capital punishment over merger in October.

That’s just one media outlet, but the cold-hearted realities of modern-day journalistic viability stretched much farther.

In July, CBS3 laid off three-quarters of its evening news anchor team.

In September, WHYY/NewsWorks’ vice president of news and civic dialogue “resigned” amid stories of management-level acrimony, leaving behind a emotionally reeling news organization that – having worked there at the time I can say definitively – his leadership established as a respected player in the market.

Then, in November, it was Philly.com, the Daily News and the Inquirer’s time to weather even bigger losses to their respective staffs, with the former two shouldering an inordinate amount of the pain.

All told, neither print nor television nor radio nor online was spared from the “Fargo” wood chipper of ever-evolving media-world realities.

Some of it was caused by big-picture external sources unrelated in any way to the practice of journalism. But, some of it was a direct effect of internal issues, the ground zero of which was allowing the Big Bad Internet vacuum up market share before a definitive plan was in place to counteract its impact. (Read: Giving away your product for free will not help you charge people for your product).

The easy way out is to mourn the loss of what once was, to sigh under one’s breath that Philadelphia media has suffered grievous injuries akin to the very castration of a free press. (That’s how it must feel for those who now find themselves looking for work in a market short on the jobs in a field they love as a calling.)

While not wholly castrated – psst, hey you, yes you, look over here at PhillyVoice and any number of upstarts making noticeable forays into the media world – we do all lose something when staffs are gutted (both of quantity and experience-based quality) at the established outlets.

It’s easier for the bad guys and gals to get away with bad deeds and intentions. That’s why Philly is lucky to have a wide spectrum of watchdogs out there on blogs, sites and, yes, even Twitter, which has redefined my path to reading stories as opposed to reading the dailies over a cup of morning coffee. That’s a much better option than just ruing damage inflicted upon the heavyweights.

What’s more difficult is considering the industry’s woes to be nothing but a market correction akin to Atlantic City shedding casinos in the hopes of creating supply-and-demand symbiosis.

Yes, I’m fully aware that I’m writing this from the perspective of a journalist who made the jump from print to online at a time when the lines for lifeboats were considerably shorter. Whether that was dumb luck or shrewd foresight is irrelevant. What’s relevant, though, is the perspective it offers.

In April 2014, I was working at NewsWorks and freelancing for Deadspin.com, a Gawker property which was then based out of SoHo (New York City).

En route to cover a documentary about a football team from Northwest Philly premiering at the Tribeca Film Festival, I stopped by the Gawker offices for some face-to-face time with folks I’d generally interacted with over email or IM.

What struck me was the storied “Big Board” at Gawker headquarters that tracked the hits for various stories on its family of websites. The message was clear: Write what your readers want to read and you will be rewarded. Makes sense in a world where you can set ad rates according to the number of eyeballs that reach your stories, no?

It was both compelling and gut-wrenching, for it was then that I realized I never had any idea how many people would read an individual story I’d written for my various newspapers of employ.

Sure, you had circulation numbers, but there wasn’t a sub statistic that said “X number of people read your front-page story on the double homicide in Atlantic City this morning.”

Clicks don’t directly correlate to journalistic quality, of course. But that realization led me – personally – to seek out stories that people want to read about and stories that I think people should read. It’s a delicate, but important, balance and one that my new bosses over here embrace.

That dynamic needs to continue spreading market-wide if Philly’s journalistic sandcastle will remain strong and vital. I don’t know that it hasn’t, of course; while I’ve worked at just about every media outlet in town, I work at this one now.

The ultimate goal at these tenuous times should be delivering what your readers/viewers/listeners want to read and what you think they should read. It's their call if they take you up on that latter offer and, thanks to technology, you will know whether they did.

The puppy and kitten galleries customers crave are not the devil, even if they outdraw hard-hitting news items that make a tangible difference.

What once was will never be again so, rather than spending my time sulking about what was lost, I’ll happily spend a Sunday giving the readers what they want (see: Cat Show in Oaks, Pa.!) After all, it’s always been about them, and always should be.

So, as I look across the sky toward that white tower off in the northwest, I don't despair. Rather, I take solace in the fact that a lot of good journalists are still out there, finding stories that need to be told, and collectively live up to its responsibility to the people of Philadelphia, most of whom really don't care about byline names or staffing levels. 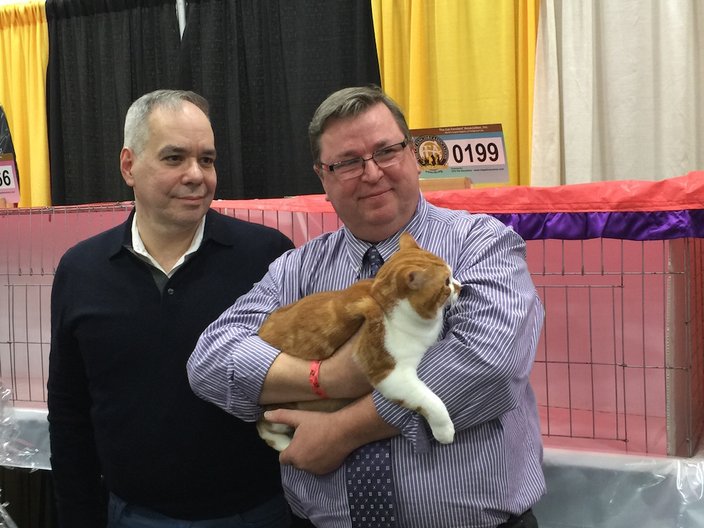 Omar Gonzalez, Gary Veach and 'Manny' celebrate the 'Best of the Best' prize.