What if the 2015 Eagles made a 'Super Bowl Shuffle' style rap video? 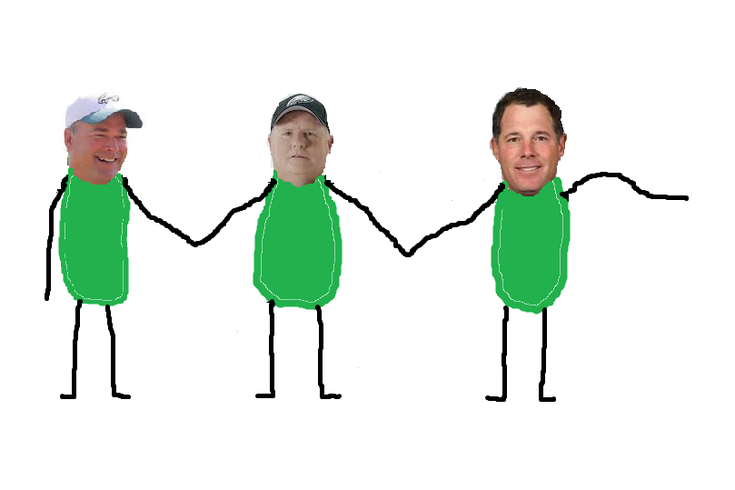 Back in the 80's, NFL football teams produced gloriously awful rap videos, beginning with the 1985 Bears' "Super Bowl Shuffle." My personal favorite was the Los Angeles Rams' "Ram It," although there were certainly other great ones. The Redskins made one, and the Dolphins did theirs to "Can't Touch This" by MC Hammer.

The Eagles even got in on the action, producing a rap called "Buddy's Watching You," after Buddy Ryan. In case you've never seen it, (A) shame on you, and (B) you're in for a treat:

The late 80's Eagles didn't have much in the way of playoff success, but they had swagger in spades. It's a good thing football rap videos weren't a craze in 2015, as the Eagles' version last year would have been awful.

In honor of the late Eagles coach, who died this morning at the age of 82, here's what that video might have looked like.

"I'm Sam Bradford, I throw short of the chains, but did you happen to notice my last 7 games?"

"DeMarco Murray, I love to slide, and then complain to the owner on the plane ride."

"My name is Evan Mathis, and my presence was vital, but I got cut and then won a title."

"What Kiko do? Kiko no understand."

"They call me the Sanchise, I make fans moan and groan, when I throw interceptions in the red zone."

"I'm Riley Cooper, I'm in Chip's good graces, even though I sucked and was a useless racist."

My name is Chip, my offense got in a rut, if you're a good player your ass is cut.