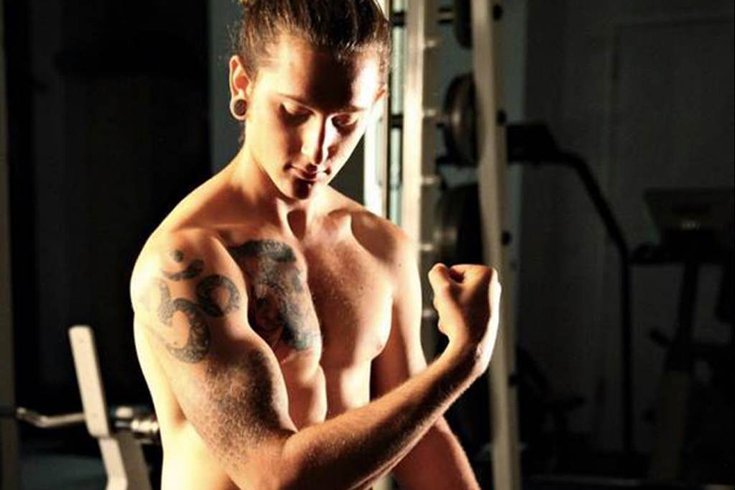 “Veganism is really what saved me," says Jackson Foster, who battled an addiction to exercise. "Being proud of what you eat is, in my experience, a way to overcome an unhealthy relationship with food and exercise.”

Social media makes it easy to connect with exercise enthusiasts around the world. The camaraderie in these online fitness communities is ironclad. Instagrammers inspire each other with positive hashtags and motivational memes.

But one meme is concerning: It’s a picture of an anonymous runner with the words “SOME ADDICTIONS DON’T REQUIRE TREATMENT.”

Almost all runners joke that running is an addiction, like ordinary neatniks kid about having OCD. Many runners agree that the more you run, the better you feel. Exercise can be a positive and effective coping strategy for managing everyday stress. It can improve your mental health.

It can even help combat substance abuse.

But there is a fine line between following your standard marathon training plan and completely spinning off course. There are runners, bikers, and gym lovers who take exercise too far, for the wrong reasons. For an estimated 3 percent of the general population and as many as 25 percent of college students, exercise addiction is no joke. It’s quite serious, and often requires treatment.

Robyn Baker, 35, a fitness instructor,  said exercise addiction devastated her life for a decade before she got help. After a serious battle with anorexia in her teens, Robyn said she sought a new, “socially acceptable” means to “feel OK” in her 20s.

“I knew I needed to gain weight, but I was scared that, if I gained weight, it would be fat. So I decided I would gain muscle through resistance training,” she said. 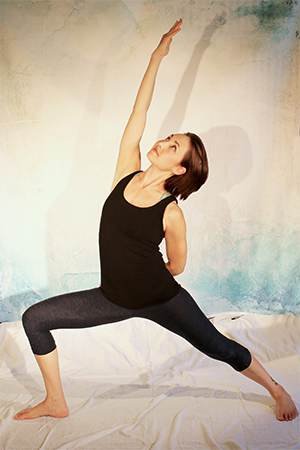 “I developed this mentality that I had to exercise in order to eat,” says Robyn Baker, a holistic fitness instructor who battled anorexia in her teens.

“From there, it was like ‘If I do this extra spin class, then I have permission to eat more calories.’ I developed this mentality that I had to exercise in order to eat.”

Baker eventually changed her college major to kinesiology and altered her entire career path to become a personal trainer, to justify how much she was compelled to exercise.

Although she was able to maintain a higher weight than she could in the depths of her anorexia, an extreme exercise routine wreaked havoc on her health. She suffered amenorrhea, an abnormal absence of menstruation, when her body fat plummeted. She developed stress fractures from osteoporosis.

Even though her health was deteriorating, only her parents and then-boyfriend expressed concern. To everyone else at the gym, Baker was the paradigm of success.

“My doctors and a few family members were saying, ‘You can’t do this anymore, you have to stop, you have to take care of yourself.’ And then I had everyone else telling me how amazing I looked, how inspiring I was, how much they wished they could be like me.”

Baker said that when she finally realized she needed treatment, treatment was difficult to find, because she no longer met the strict physical diagnostic criteria for anorexia.

“I couldn’t play that game anymore. It was literally eating me up inside, training people who wanted to lose 10 pounds for a wedding, and feeling like a fraud inside.” – Robyn Baker, holistic fitness instructor

“The sad part is a lot of doctors will say you don’t need treatment for an exercise disorder because you don’t meet the diagnostic criteria for an eating disorder, and the insurance companies won’t cover it. So you have to get sicker to actually get help, which is disheartening, because people who get treatment earlier have a better chance of recovering.”

Despite the odds, Baker did recover. Part of her recovery involved quitting work as a fitness trainer in traditional gyms, where she had no choice but to regularly weigh clients and support their purely aesthetic goals, even if their expectations were unrealistic or unhealthy.

“I couldn’t play that game anymore. It was literally eating me up inside, training people who wanted to lose 10 pounds for a wedding, and feeling like a fraud inside.”

She now runs her own studio, Asteya Fitness, where she teaches “Intuitive Exercise,” an honest, holistic, mind-body approach to fitness that helps clients avoid the traps of overtraining and exercise addiction.

'STILL HAVE THAT DEMON IN MY HEAD'

Despite popular opinion, men are susceptible to exercise addiction, too.

“I’m almost 100 percent convinced that just as many men suffer from this,” said 24-year-old Jackson Foster, a vegan activist and popular YouTuber. Before becoming a health coach and yoga teacher, his unhealthy relationship with exercise completely consumed his life. 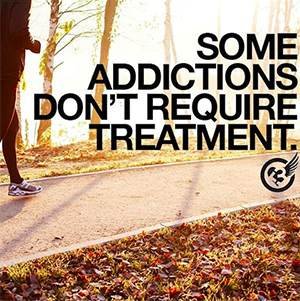 “It impacted me greatly during my freshman and sophomore years of college, because I was exercising like crazy, at least once or twice a day. It was a priority over socializing and meeting new friends. I missed a lot of friendship and academic opportunities.”

Foster said he didn’t seek traditional treatment, because he realized he had a problem before he hit “rock bottom.” A dietary shift to veganism, along with joining mindfulness communities centered on yoga and meditation, helped him discover a healthy balance.

“Veganism is really what saved me," he said. "Being proud of what you eat is, in my experience, a way to overcome an unhealthy relationship with food and exercise.”

Foster also joined a vegan bodybuilding community, which encouraged him to eat more and do less cardiovascular exercise. As a vegan activist, he wanted to be a good role model, defying the popular “emaciated” vegan stereotype.

But one doesn’t have to look emaciated to suffer from exercise addiction.

“Someone with an exercise addiction might not necessarily be skinny, but what they’re doing could still be unhealthy for their body,” said Foster.

It’s easier to spot the signs of exercise addiction in someone’s behavior.

“Someone with an exercise addiction might not necessarily be skinny, but what they’re doing could still be unhealthy for their body.” – Jackson Foster, health coach and yoga teacher

“Being antisocial and extremely strict with exercise – these are both pretty good indications there may be a problem. You’ll also find most people with exercise disorders in the gym and not out on the trails. They’re often underfed and fatigued, so it’s easier to clock in two hours of misery on a cardio machine than it is to venture out in nature, where you can truly enjoy yourself.”

Even after finding recovery, those who’ve suffered from exercise addiction struggle to override destructive thoughts and the desire to exercise compulsively during times of stress and uncertainty.

“I absolutely still have that demon in my head that likes the idea of over-exercising and calorie restriction,” Foster said.

“But I have proven that I am able to overcome that with better behavior patterns. Belonging to a spiritual community is what keeps me in check. Because the more you learn to love your soul, the less conflict you’ll have with your body.”