Where to drink bourbon in Philly 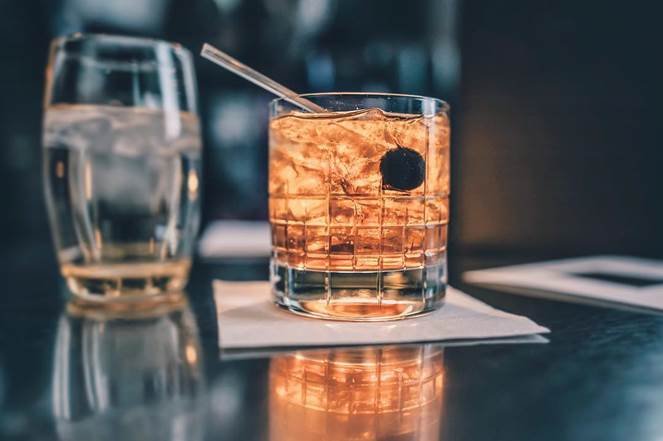 First though, let's explain what makes bourbon different from rye or scotch.

Bourbon is a whiskey that’s distilled from corn. For a whiskey to be considered bourbon, the mash – the mixture of grains from which the product is distilled – must be at least 51 percent corn.

Also, the mixture must be stored in charred oak barrels, nothing but water can be added and must be made in the United States of America. Fun fact: much of the bourbon we drink comes from Kentucky.

Now, on to the good stuff. Below are 14 local bars with the best bourbon selections.

This restaurant-bar features plenty of small batch bourbons and bourbon cocktails. Plus, on Wednesdays during happy hour from 5-7 p.m. all bourbons are 20 percent off.

Sure, wine is a big thing at Barclay Prime, but bourbon is another drink that pairs perfectly with steak. Try the restaurant's Smoking Gun cocktail, which is made with Knob Creek Bourbon, Carpano Antica sweet vermouth, smoked Vermont maple and Aztec chocolate bitters.

This barbecue restaurant on Frankford Avenue features an extensive list of over 100 North American bourbons and whiskeys.

Besides having an extensive list of bourbons and fancy bourbon cocktails, the restaurant-bar offers a bourbon flight. There's also a "Bourbon Master" in house to help serious bourbon drinkers.

Charlie was a Sinner.

It's a vegan spot known for creative cocktails. Go for the East of Eden with Bulleit Bourbon, tea-infused dolin blanc, lillet and fig or try the Bullseye with farro-infused Jim Beam Black, meletti amaro and absinthe.

It's got a speakeasy feel and specializes in bourbons and ryes.

Another spot with bourbon in the name that has plenty of options. Plus, Old Fashioned cocktails are $5 during happy hour.

One of the whiskey bar's signiture cocktails is the Jack and Wendy, which is made with Wild Turkey 81 Bourbon, sweet vermouth, fresh lemon, apricot preserves and fresh sage.

The Franklin Mortgage & Investment Company was a front for America's largest alcohol running ring during prohibition. Now, The Franklin Bar still has a speakeasy feel and features inventive craft cocktails.

Opt for the Old Fashioned or the Commodore cocktail at this bar that specializes in speakeasy-style mixed drinks.