Philly could have a white Christmas this year, early weather reports show

Though things could change in the next week, early reports show snow is possible Dec. 25 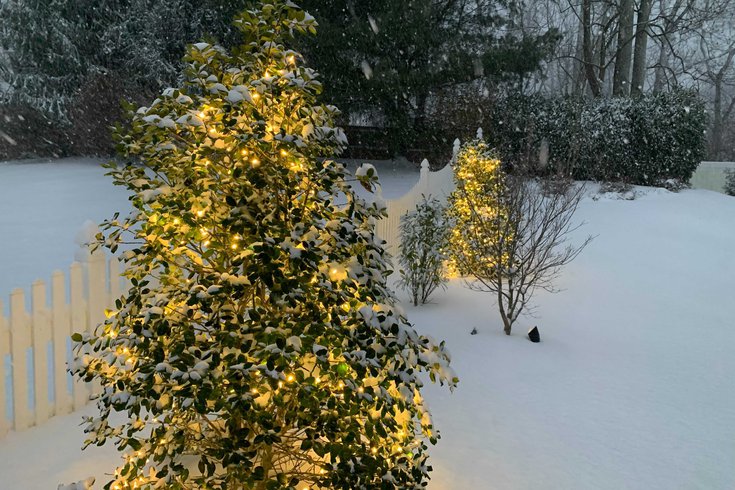 The Philadelphia region could get a dusting of snow on Christmas Day this year, early forecasts predict.

Parts of the Northeast and Mid-Atlantic could see snow on Christmas morning as another winter storm system is set to make its way through the region.

While the storm has yet to develop, early weather reports show that there is a chance of snow on Christmas Day in Philadelphia, Boston, New York City and Baltimore

This storm follows last week's nor'easter that made its way through the northeast and dumped as much as six inches of snow in the Philadelphia region.

A weak front could bring passing showers to the Interstate 95 corridor Sunday into Monday with light snow in Pennsylvania, the Washington Post reported. Then temperatures could rise on Christmas Eve morning across the northeast before they fall dramatically with a strong Arctic cold front that could bring snow on Christmas morning.

Predictions account for a temperature drop of 15 to 20 degrees between Christmas Eve and Christmas Day.

The National Weather Service forecasted that snow may make its way to Philadelphia Sunday, Dec. 20 and Monday, Dec. 21 — though amounts will be low and no accumulation is expected.

Good Morning Everyone! A big question we're seeing more of is what is the potential for a white Christmas this year? (thread)

On Christmas Eve, the NWS forecasts a chance of showers in the morning that could develop into snow showers on Christmas Day.

Climate.gov looked at the national weather trends from the past few years to determine the historical probability of snow on Christmas. It gave Philadelphia a chance of snow, though the probability was low.

Prob in our region ranges from roughly 5% to almost 30%. If you would like to explore this map in more depth (including a larger version of this map), visit this article from our colleagues at https://t.co/9zRpXJGVcy : https://t.co/8V7jdc4a9b


Confidence on timing and snowfall amount is fairly low, though the Post said New York, Albany and Hartford are the most likely to see a white Christmas.

Philadelphia, Baltimore and Washington could see rain change to snow Christmas Eve, though the Post warns that the storm system is still six days out and a lot could change between now and then.

"As you may have heard there is another potential storm system on Thursday. This is still a week out, so things could change, but at this point, it looks like it will be mostly a rain event for our region," NWS Mt. Holly tweeted Friday.

The NWS said the closer we get to Christmas, the better idea we'll have of snowfall probability.