Macerich Co. to run most operations after paying off $100 million of PREIT's mortgage obligations 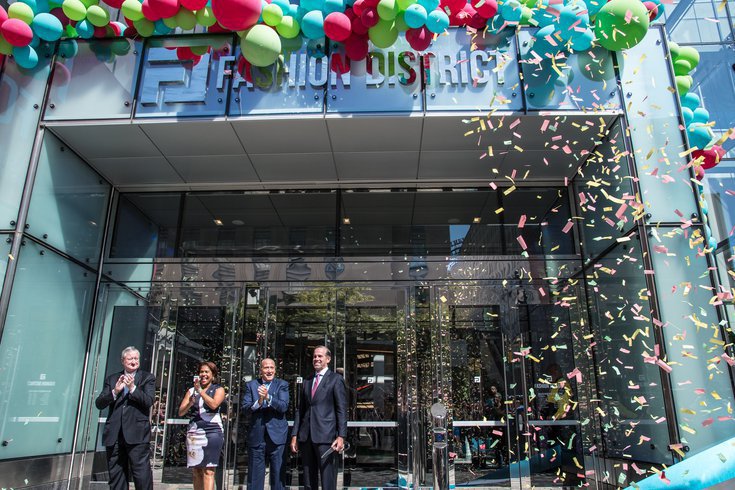 Macerich will gain control of most operations at Philadelphia's Fashion District on Jan. 1, 2021 as part of an agreement with PREIT.

Primary control of the Fashion District is being transferred between its co-owners, a U.S. Securities and Exchange Commission filing revealed Wednesday.

As part of the deal, Macerich paid off $100 million of the $301 million PREIT owes in property debt to Wells Fargo, according to the Inquirer. PREIT, which emerged from bankruptcy last week, will surrender control of most major operations, though the companies will retain their 50/50 partnership.

Two high-ranking PREIT executives, including CEO Joseph F. Coradino, also will receive the portions of their salaries that were reduced during the summer, according to the Courier Post. Macerich will retain PREIT's on-site management team.

The Fashion District, located between 8th and 11th Streets in Center City, suffered financial losses due to closures caused by the COVID-19 pandemic, PREIT has said.

PREIT declared bankruptcy in November – just one year after the Fashion District opened – "as part of a move to restructure business," the company previously said.

A court approved PREIT's financial restructuring plan in December, allowing them to emerge from bankruptcy. They listed some of the company's properties as collateral for debt and added $130 million in new financing, but it did not mention Macerich.

"Having quickly and efficiently completed our financial restructuring, PREIT is now a more resilient company with additional resources and financial flexibility to continue delivering terrific experiences for consumers and outstanding service for our retail partners," Coradino said earlier this month.

PREIT is the largest mall owner in the Philadelphia area. It owns the Cherry Hill and Moorestown malls in South Jersey, as well as the Willow Grove Park and Plymouth Meeting malls in the suburban Philadelphia counties.

Macerich, based in Santa Monica, owns several large shopping malls in the U.S.