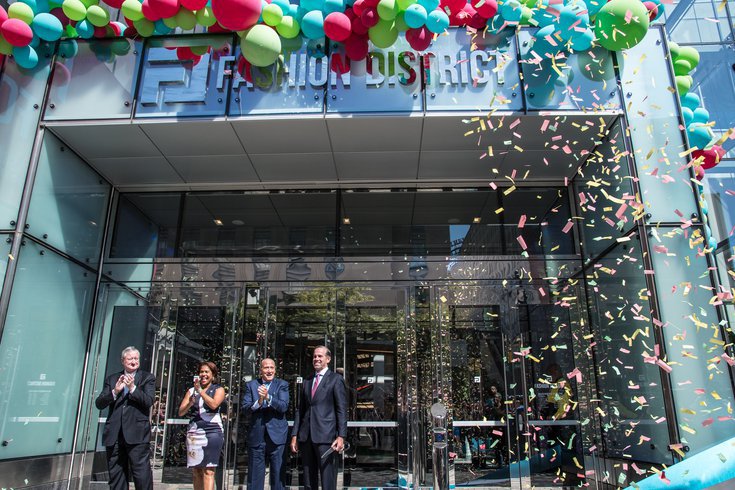 PREIT, the owner of Fashion District Philadelphia, received court approval of a prepackaged restructuring plan that will lift it out of bankruptcy this month.

The owner of Fashion District Philadelphia and several other regional shopping malls appears on track to escape Chapter 11 bankruptcy after a court approved its prepackaged financial restructuring plan.

The Pennsylvania Real Estate Investment Trust announced the bankruptcy filing last month as it continued to seek backing for its restructuring plan. PREIT had listed some of its properties as collateral for debt and for $130 million in new financing to support its operations.

On Monday, CEO Joseph Coradino said PREIT will emerge as a "more innovative platform" for its business partners.

"We were able to reach this outcome on an expedited basis thanks to the overwhelming support of our lenders, as well as the continued support of our employees, customers, tenants and vendors," Coradino said. "We will remain focused on operating safely, responsibly and efficiently while maintaining a strong balance sheet."

PREIT owns 21 properties in nine states and has sold off several malls in recent years, including the Phillipsburg Mall in New Jersey and the Palmer Park Mall in Easton, Pennsylvania.

In the Philadelphia region, PREIT owns the Cherry Hill and Moorestown malls in South Jersey and the Willow Grove Park Mall, Plymouth Meeting Mall and the Fashion District in Pennsylvania. The Fashion District, the multiyear renovation of Philadelphia's former Gallery at Market East, held its grand opening in September 2019.

The announcement on Monday sent PREIT's stock up 24% in after-hours trading.

In the second and third quarters of the current fiscal year, PREIT reported significant net losses in revenue and a decline in mall traffic year-over-year.

All mall operations will continue without disruption during the holiday season. PREIT is expected to exit bankruptcy early this month.

"PREIT properties play an essential role in the economy of the communities in which we operate, creating jobs, preserving tax revenue and ensuring the vitality of key focal points," Coradino said. "We look forward to a brighter future for all PREIT stakeholders as we move forward as a financially stronger company."