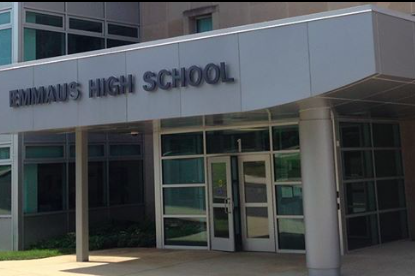 An outbreak of pertussis, commonly known as whooping cough, has been reported at four schools in East Penn School District, officials said in a letter to parents on Thursday, Nov. 14, 2019.

An outbreak of pertussis, commonly known as whooping cough, has been reported at four schools in East Penn School District in Lehigh County, officials said in a letter to parents on Thursday.

Parents have been advised to monitor the health of their children and have them see a doctor if they are coughing or if they are believed to have been exposed to the Bordetella pertussis bacteria responsible for the illness.

Pertussis is treatable with antibiotics, but students with the infection should be held out of school until after they have completed the first five days of their prescription.

The most effective way to control the spread of pertussis is to have children vaccinated with the DTap vaccine at various points before age 7. A new combination tetanus, diphtheria and acellular Pertussis vaccine (Tdap) also has been approved for use in adolescents and adults. It is now recommended for use in all 11-12 year olds.

If not promptly treated, whooping cough can cause complications including apnea, pneumonia and weight loss. In rare cases, it can be fatal, according to the CDC.

East Penn School District officials said the students diagnosed with pertussis are all getting medical care.