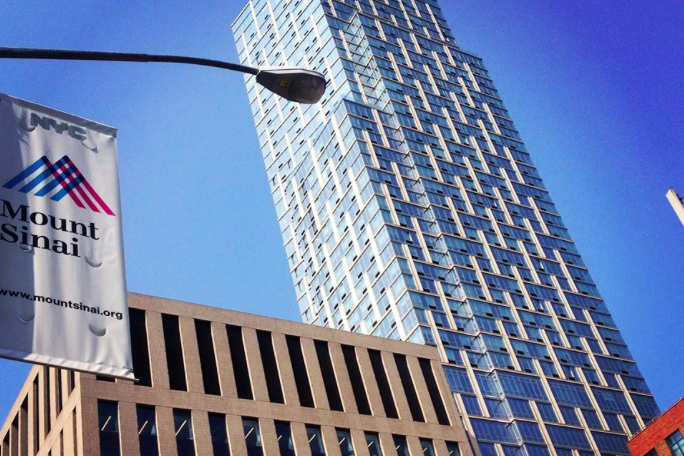 Brad Phelps, 23, of New Jersey, nearly died in October when he went into cardiac arrest during an indoor soccer game. His heart stopped for 12 minutes and doctors feared he would suffer brain damage, but medically-induced hypothermia at Mount Sinai Hospital saved him.

A Morristown, New Jersey, man whose heart stopped beating for 12 minutes managed to survive and stave off brain damage through medically-induced hypothermia.

Brad Phelps, 23, had gone into cardiac arrest last month during an indoor soccer game with friends, he told NBC's "Today."

In the middle of the game, Phelps felt his knees buckle and dropped to the ground, where he become unresponsive. Friends called 911 and administered CPR, but he remained lifeless for a full 12 minutes before paramedics revived him with a defibrillator.

At Mount Sinai Hospital, doctors feared Phelps had suffered brain damage due to lack of oxygen.

Dr. Umesh Gidwani, chief of Cardiac Critical Care for The Mount Sinai Hospital, decided to lower Phelps' body temperature to about 91 degrees fahrenheit in order to slow any potential brain damage. The technique is sometimes used to treat people with cognitive problems.

When Phelps awoke a few days after his cardiac arrest, doctors were shocked to discover that he had suffered practically no mental deficit as a result of the incident.

“The trajectory of the improvements suggest that if there are any cognitive deficits, they would be so minimal," Gidwani told "Today."

Phelps grew up with a congenital heart condition known as Kawasaki disease, which primarily affects children and causes a range of symptoms that can be treated and managed, including swelling of the walls the body's medium-sized arteries. While Phelps was monitored by a pediatric cardiologist and took blood thinners during his child and teenage years, he hadn't transitioned to an adult cardiologist.

“I’ve been in pretty good cardiovascular shape,” Phelps said to "Today." “I wasn’t really off in terms of health at all.”

Because of the positive reports and symptom-free life he was leading, Phelps didn't recognize he was still at risk. Experts at Mount Sinai said this is a common issue among those who have largely overcome congenital heart problems. There is a greater need for patients to be educated about the ongoing care they should receive for these conditions.

Phelps, who is a civilian scientist with the military, said his memory has a gap and he doesn't recall going to play soccer the day of the incident.

"I’ve learned how important it is to keep constantly monitoring," Phelps said.