Millennials are killing the institution of marriage? Not so fast

We take a scientific look at marriage ... in the age of Tinder

Millennials, those born after 1980, are being blamed by older generations for the destruction of everything from the National Football League to the housing market.

According to media reports and baby boomers alike, the “me, me, me” generation is lazy, entitled, narcissistic and still mooching off their parents.

On top of all that, critics also point out that today's youth are responsible for the sharp decline in the marriage rate. According to a recent Pew Research Center analysis of census data, the percentage of never-married adults in the United States is at an all-time high, largely driven by the lack of millennials walking down the aisle. They can't commit to anything, boomers say, because of the overwhelming amount of options available to young people today at the mere touch of a smartphone.

“Who are these millennials that think divorce is the new breakup? That sounds crazy to me. When you get married, you are ... binding yourself to that person. In a breakup, you can just delete their social media and phone number and they don't exist to you.” – Kevin Manuel-Bentley, 26

Transcending all of the many criticisms is the truth, which is that marriage as an institution is still very much a thing. Millennials haven't actually “divorced” marriage, as the headlines claim. (Full disclosure: Going by the prior definition, I'm considered a millennial.)

But times have changed, and the data certainly reflects that — so what does the average newlywed really look like nowadays? Has the casual nature of online dating apps like Tinder, where users can swipe through hundreds of potential mates per day, spread to our views on matrimony?

In other words, is divorce the new breakup?

Much has been written about how young people find marriage outdated and unnecessary, and how parents should stop hoping their kids will get married. Indeed, social stigma has gradually softened toward once-taboo marriage alternatives such as long-term cohabitation, children out of wedlock and the idea of “partners” as opposed to “spouses.” But survey data on millennials show that, despite being liberal about other people's ideas of relationships, they themselves still foresee wedding bells in their future.

The same 2014 analysis by the Pew Research Center that found a record share of Americans who have never been married also asked those participants about their desire to wed one day. For the subgroup of adults 25 to 34 years old, only 4 percent said they don't want to get married — the rest either want to wed (61 percent) or aren't sure (34 percent).

And in 2013, a Gallup poll reported similar results: only 9 percent of adults ages 18 to 34 in the United States were unmarried and expressed no interest in getting hitched. That makes fewer than 1 in 10 millennials who shun the institution outright, meaning that our desire for wedded bliss is still very much alive despite the overall decline in marriage rates. 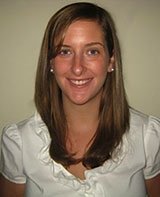 “What I'm seeing with my younger clients is that there's definitely a shift in priorities,” said Aimee Wood, left, a licensed social worker and full-time therapist at the Center for Growth in Society Hill who specializes in relationship issues and sex therapy.

Wood sees couples for premarital and marriage counseling, with her younger clients typically on the boundary of the millennial generation — as in late 20s to early 30s. Rarely does she have couples come before the age of 27, which reflects the fact that young people are waiting longer to get married. The median age at first marriage, which was once 20 for women and 23 for men in 1960, has crept up to 27 for women and 29 for men, according to U.S. Census data.

“Older generations really got married earlier, but I really don't plan to get married before I am 30 and maybe even secure in my career,” said Kevin Manuel-Bentley, 26, of Newark. “When my parents were my age, they were already married and in graduate school for at least two years. That just seems absurd to me at this point.”

The urge to get married later may also have its benefits, at least up to a point. A recent analysis by sociologist Nicholas Wolfinger found that before roughly age 32, each additional year of age at marriage reduces the odds of divorce by 11 percent. But after your early 30s, the odds of divorce increase by 5 percent each year — termed the Goldilocks relationship between marriage age and divorce.

As Wood states, one reason for this delay is that many millennials want to get all their ducks in a row when it comes to their money, career, and relationship before making any big, life-changing commitments. For young adults, financial insecurity (34 percent) is the most commonly cited reason why they aren't currently married, followed by not having found the right person yet (29 percent).

“I think [millennials] tend to date longer, and well into our adult years, before getting married,” said Stephanie Cervantes, 25, of Lansdowne. “Part of it is because of how our financial situation is. Some can't afford to get married at a young age.”

Cervantes and her now-husband, who tied the knot in Gettysburg earlier this year, were originally shooting for a 2012 wedding date but couldn't afford the ceremony they wanted. Their parents offered to pay for it, but the young couple declined.

MILLENNIALS AND COMMITMENT: CARE, NOT FEAR

Hard economic times have led to more young people living at home with their parents during their post-college years, which also appears to be a deterrent against marriage. About 14 percent of adults 24 to 34 years old reported living at home with their parents due to factors like a high cost of housing and weak job market, according to a 2013 Gallup poll.

So checking off certain boxes before marriage like career and finances may be a trend with today's younger generation, but so is the ultimate test-run of a relationship: cohabitation. About a quarter of never-married young adults 25 to 34 years old are living with their partner, and two-thirds of new marriages take place between couples who have already lived together for an average of 31 months. It seems that millennials are not afraid of a major commitment, but perhaps are more careful about jumping into one than their parents were.

“The millennials I see are very committed. When they make the decision to marry — even if they have doubts, struggles, and regrets — they are working on it and not getting divorced. They're fighting to the death, they're going down swinging, and I respect that about my clients.” – Aimee Wood, relationship therapist

Past research showed cohabitation before marriage increased the likelihood of divorce by an average of 33 percent, but newer results are contradicting those findings. One 2014 study published in the Journal of Marriage and Family found that previous reports have overstated the risk of premarital cohabitation and actually, when couples are instead compared by the age they moved in together, there is no difference in divorce rates between couples who shacked up before the wedding and those who didn't.

“I think we give ourselves plenty of make-it-or-break-it opportunities in our relationships before we get married,” Cervantes said of her generation. “[When it comes to] the idea of couples living together before marriage, I think we do that in part because we want to be sure that if we get married, it'll work out — and if things aren't perfect, we know how to deal with the issues.”

And after all that careful, stepwise “beta testing” of long-term compatibility through cohabitation, it makes sense that divorce is far from a casual thing. Like any failed endeavor, reasons for the eventual collapse sometimes cannot be foreseen no matter how much preparation is involved. But one thing is clear: millennials do not see divorce as simply another breakup.

“Who are these millennials that think divorce is the new breakup? That sounds crazy to me,” said Manuel-Bentley. “When you get married, you are ... binding yourself to that person. In a breakup, you can just delete their social media and phone number and they don't exist to you.”

Jen, a 29-year-old from West Philadelphia who asked that her true name not be used, lived with her then-boyfriend before she married him at age 25. Yet a year-and-a-half later, the couple had split up, and the divorce took a huge financial and emotional toll on her.

“I didn't feel like I was getting married too young, even though now looking back I do. I was trying to hang in there because I thought it was the right thing to do, and we made these vows in front of our family, friends and community,” Jen said. “None of my friends treat divorce lightly — my friends who are married are very committed and care about their marriages.”

After her divorce, she had zero interest in dating new men. And while she is actively dating today, Jen's once-idyllic views of marriage have been shattered.

“The millennials I see are very committed. When they make the decision to marry — even if they have doubts, struggles, and regrets — they are working on it and not getting divorced,” Wood said. “They're fighting to the death, they're going down swinging, and I respect that about my clients.”

Wood believes millennials aren't narcissistic, they simply do what works for them — and, importantly, have the freedom to do so. A decade ago, getting divorced as a young adult was likely a much bigger deal because as a woman, you probably had kids earlier and gave up your career to raise a family. Now, with the whole timeline shifted forward and women's careers in full-swing, couples don't have as much dependency on one another anymore.

“My overall advice to young couples would be to go with your gut — about whether to marry this person, whether you're okay with waiting longer to get married, etc.,” Wood said. “That's a hard thing to do these days especially for millennials, with pressure from friends' wedding photos on social media or from members of the older generation. They need to push all that out, look within, and ask themselves what really fits for them right now.”