Building at Front and Master streets was once a 19th century whiskey blending, bottling facility 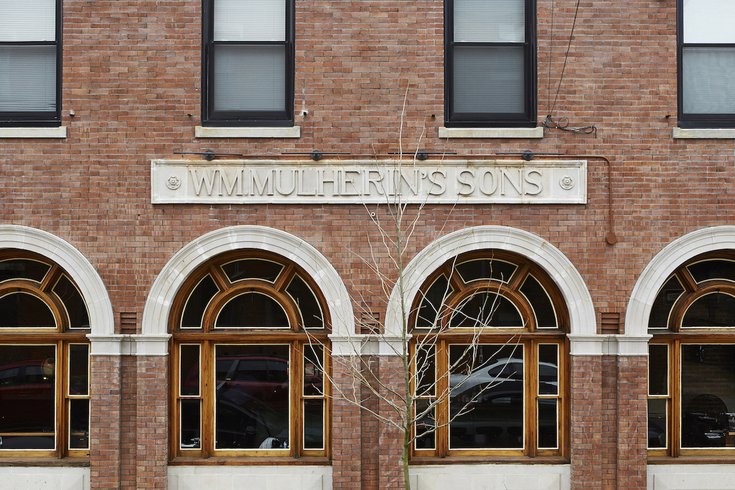 Fishtown's much anticipated new Italian restaurant, the curiously named Wm. Mulherin's Sons, officially opens Thursday with a long trail of history to go with that plate of spaghetti and meatballs.

Housed in a renovated building at the corner of Front and Master streets, the family-owned property once served as a whiskey blending and bottling facility in the 19th century. The Mulherin's were part owners of the Bucks County-based Philadelphia Pure Rye Whiskey Distillery, whose flagship project was "Winner Rye Whisky," now preserved at the new restaurant in the form of a mosaic.

The restaurant is the first phase of ROOST Apartment Hotel's transformation of the site, which will include a four-room boutique hotel set to open in June, according to Foobooz.

Renovations at the property, documented extensively on the restaurant's Instagram page, include a colorful and folksy wrap-around mural, painted by local artist Stacey Rozich, and a rigorously polished Wm. Mulherin's Sons wall tile engraving. Above the building's arched entrances is a chiseled marble bearing the restaurant's name.

Visitors looking for wood-fired Italian fare can expect the best former Il Pittore chef Chris Painter has to offer, from pasta and seafood dishes to steak, chicken and pork chops straight from the grill. Run by ROOST offshoot Method Hospitality, Wm. Mulherin's Sons also features a bar with a full selection of themed cocktails, drafts, bottled beers and wine by the glass.

Thursday's grand opening is just the beginning for the restaurant, which plans an expansion to outdoor seating during the warm weather months and a happy hour highlighted by discounted pizza. Further down the line, a second restaurant is slated for the ground-floor, moving away from the overhead El tracks toward Frankford Avenue.

Check out the menu below and visit the Wm. Mulherin's Sons website to make a reservation. 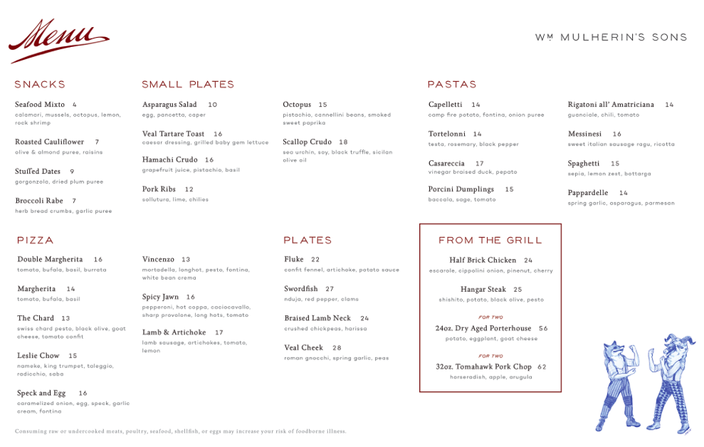