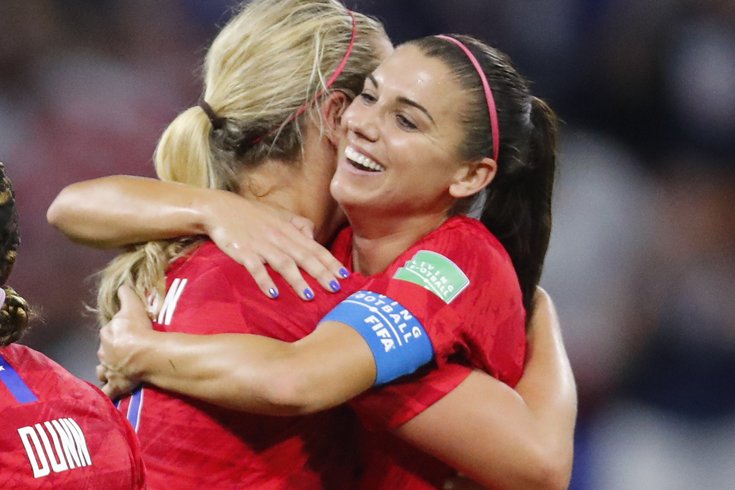 The United States beat England in the semi-finals of the Women's World Cup on Tuesday, securing their spot in the final coming up on Sunday, July 7.

The U.S. will play either the Netherlands or Sweden, depending on who wins Wednesday's game.

It should be an exciting match and soccer fans are invited to watch at Love City Brewing, which is throwing a big party for the game.

Since the final starts at 11 a.m., Love City will open its doors an hour before. The brewery will also show the Copa América final at 4 p.m. and the Gold Cup final at 9 p.m.

Attendees can watch the games on the three screens inside or on a giant screen in the parking lot.

At the all-day party, three food trucks – Eating Binge, Stuff'd Buns and Pancho's Cafe – will be parked outside and there will be music by Marissa Le, known as DJ Yolo Ono, Asher Roth and Bij Lincs.

Guests can grab drinks inside or at the outdoor bars provided by Love City and Stateside Vodka.

For families, there will be face painting in the kids zone.

The watch party is free to attend but Love City asks those interested to RSVP online.