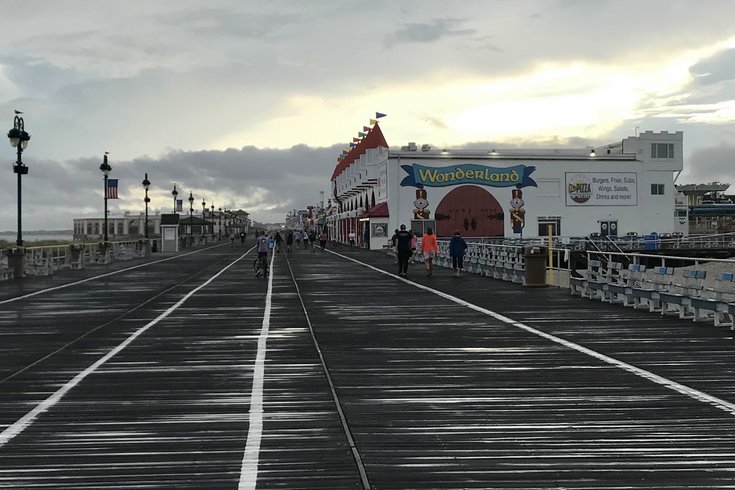 Gillian's Wonderland Pier on the Ocean City Boardwalk has been ordered to be put to sheriff's auction because its owner, Ocean City Mayor Jay Gillian, defaulted on mortgage payments. Gillian says he has secured new financing to prevent the Jersey Shore attraction from being sold.

Gillian's Wonderland Pier in Ocean City has been ordered to be put up for a sheriff's auction because its owners have defaulted on $8 million in mortgage debt.

But Ocean City Mayor Jay Gillian, who owns the amusement pier at the north end of the Boardwalk with his wife, said they have secured the financing needed to prevent an auction. The Gillian family has owned the beloved amusement pier since it opened in 1929.

"I want to reassure our loyal guests that Wonderland Pier will be open for business, as usual, for the 2021 season," Gillian said.

Gillian blamed the pier's financial struggles on the impact the COVID-19 pandemic had on Jersey Shore tourism.

"Like many business across the nation, Gillian's Wonderland Pier was deeply affected by the COVID-19 shutdown and restrictions," he said. "But we have secured financing, and we look forward to another WONDERful summer in America's Greatest Family Resort."

Though the pandemic has hit the tourism and entertainment industry hard, much of the Gillians debt was accrued before the pandemic, NBC10 reported. On Thursday, Judge Michael J. Blee ordered the pier be auctioned by Cape May County sheriff to satisfy the debt the Gillians owe First Priority Bank.

The bank's attorney declined to comment to NBC10. Gillian did not provide details on the new financing.

The New Jersey tourism industry plunged 24% in 2020, the Asbury Park Press reported. Travel spending dropped 86% last April when the state was in lockdown. However, economists predict larger crowds will boost the local economy this summer, helping it recover by 2022.