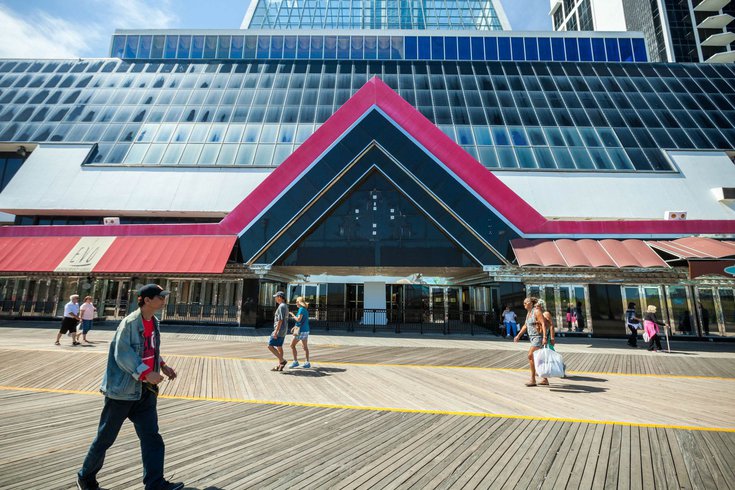 The Trump Plaza Hotel and Casino was in operation from 1984 to 2014 in Atlantic City.

The deteriorating Atlantic City building that once housed the Trump Plaza Hotel and Casino soon will be no more.

An implosion has been rescheduled for Feb. 17 at 9 a.m., Atlantic City officials announced Thursday. It initially had been set for Jan. 29, but was pushed back due to safety concerns uncovered by workers preparing its destruction.

"This has been a tedious process working with all the professionals," Mayor Marty Small said. "We're working to get this building down as safe as possible."

The impact zone of the building's demolition will consist of several blocks. Evacuation zones and shelter-in-place areas will be set up, but details are still being worked out, city officials said.

Bader Field, the former home of the Atlantic City's airport, will be open for people to watch the implosion from a safe distance. Attendees will have to pay for parking.

People who wish to watch the implosion from a closer vantage point can enter a charity auction.

The 10 highest bidders will win hotel rooms made available by the Hard Rock Hotel & Casino and Ocean Casino Resort for overnight stays. They will be able to watch the implosion from the One Atlantic event space on the boardwalk.

All proceeds from the charity auction will benefit the Boys & Girls Club of Atlantic City. Absentee bidding began Thursday. The live auction will take place Feb. 3 at 1 p.m.

Earlier this week, a charity auction that would have awarded someone the opportunity to press the detonate button was called off due to a legal dispute. The building's property owner, Icahn Enterprises, declined to facilitate the auction due to safety concerns and issued a cease and desist order.

City officials had hoped to raise at least $1 million for the Boys & Girls Club through that fundraiser. Billionaire investor Carl Icahn said he would donate $175,000 — the amount of the highest bid before the auction was canceled.

The building's implosion was postponed partly due to a concrete foundation that was previously unknown to demolition crews, city officials said. Pre-implosion work continues, such as drilling holes inside the building to place the explosives.