Report: Mapping out conditions for working women in America 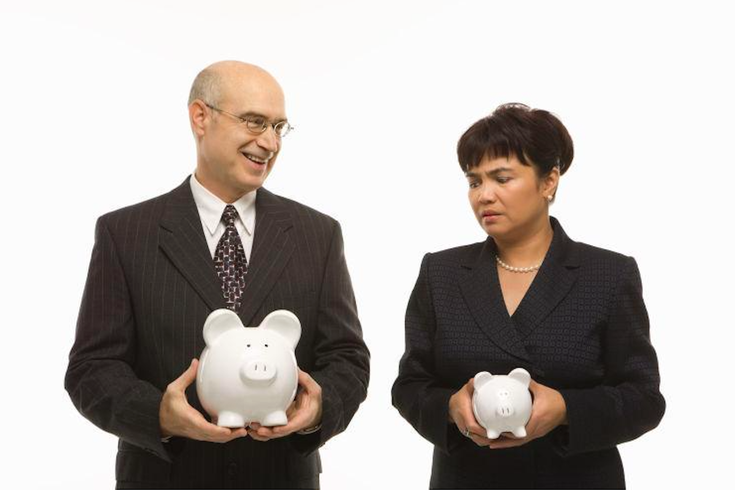 A new report suggests suggests that if current trends in narrowing the pay gap in the states continue, women in the United States will achieve equal pay in 2058.

A new report by the Institute for Women’s Policy Research (IWPR) delves into the professional lives of American women and suggests that if current trends in narrowing the pay gap in the states continue, women in the United States will achieve equal pay in 2058.

However, when broken down by state, it appears the achievement is much further away for women in many parts of the country.

At the current rate, five states — West Virginia, Utah, Louisiana, North Dakota and Wyoming— will not see equal pay until the next century, according to the report. 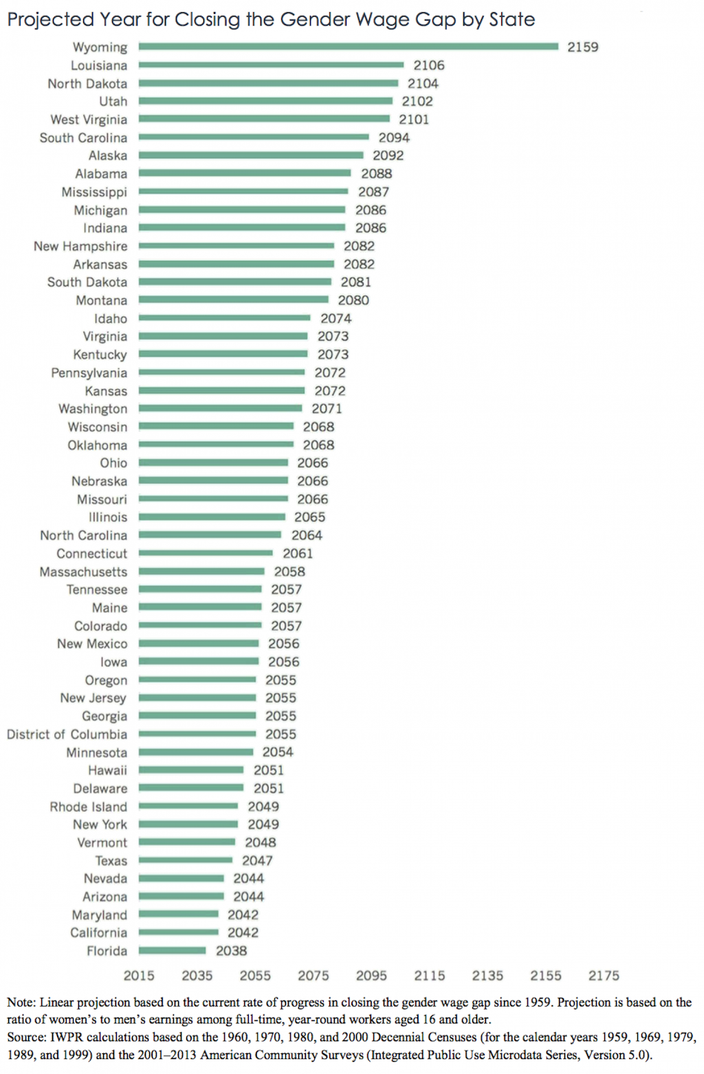 The report suggests that New Jersey and Pennsylvania will achieve equal pay in 2055 and 2072, respectively.

In analyzing data on women's employment and earnings, the researchers established state rankings and letter grades, taking into account women’s status on the level of earnings, the gender wage gap, labor force participation and women’s representation in professional and managerial occupations.

The District of Columbia is the best place for women’s employment and earnings, with an overall grade of A, while the worst is West Virginia, with a grade of F. New Jersey ranks fourth with a grade of B, and Pennsylvania comes in at 23rd with a C+. 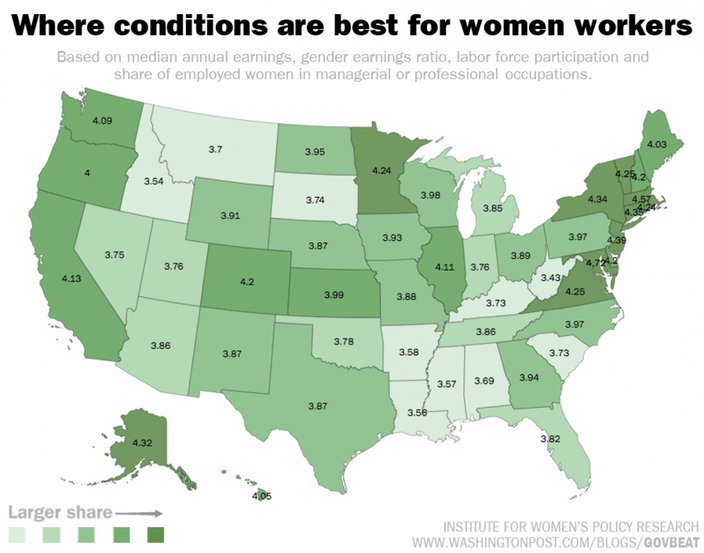 According to the report, a typical working woman in the United States loses more than $530,000 over her lifetime due to the gender wage gap. Women with higher levels of education see even greater losses. IWPR researchers calculate that by the time a full-time female worker with a college education turns 59, she will have lost almost $800,000 throughout her life.

“When we looked back at how the states measured up in the past, we found that, despite progress in many parts of the country, women’s status on employment and earnings either worsened or stalled in nearly half of the states in the last decade,” IWPR President and MacArthur Fellow Heidi Hartmann, Ph.D, said in a release. “When half the country is not seeing any gains in women’s employment and earnings, it is a concerning prospect for the nation’s economy as a whole.”

IWPR will release additional reports from the Status of Women in the States: 2015 throughout the spring, with national and state-level data in the following categories: Poverty & Opportunity, Violence & Safety, Health & Well-Being, Reproductive Rights, Political Participation and Work & Family.