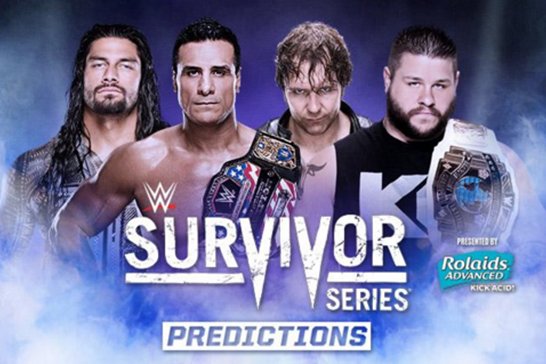 The FBI said it was aware of an alleged threat against Sunday's WWE event in Atlanta.

According to the International Business Times, ISIS has planned various attacks throughout the world on Sunday, with WWE’s Survivor Series pay-per-view event in Atlanta Sunday night at Philips Arena being among those potential targets.

The Times story had said the alleged plots were discovered by the hacking group Anonymous, but that group said it was not responsible for the report.

We did not spread any rumors about possible future ISIS attacks, and frankly, we do not know where the rumors come from.

The FBI issued the following statement in regards to the Survivor Series potential threat: “The FBI is aware of reports of an alleged threat that includes an Atlanta, Georgia venue and event. ... We have ... made the proper notifications as we continue to work closely with our law-enforcement and private-sector partners to keep our community safe.”

Mark Winne, a TV reporter out of Atlanta, issued a series of Tweets, saying authorities were on the case early.

WWE issued the following statement: “WWE Survivor Series is currently scheduled as planned while we investigate the matter with federal, state and local authorities.”

.@WWE Survivor Series is currently scheduled as planned while we investigate reports with authorities.