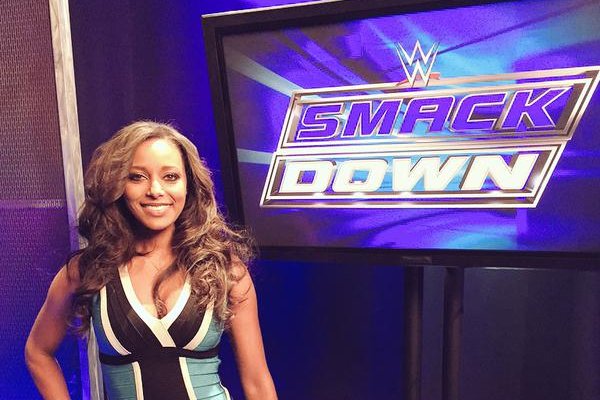 SmackDown was held at the Sprint Center in Kansas City, Missouri this week, and WWE did a better  job in promoting Monday Night Raw than it did in hyping WrestleMania, which is just over a week away. Monday Night Raw will certainly be of the utmost importance to WWE heading into their biggest show of the year, so I expected this episode of SmackDown to focus more on getting to Raw rather than building to WrestleMania.

Roman Reigns kicked off the show with a promo, only to be interrupted rather quickly by Mark Henry. Sound familiar? It’s pretty much exactly what happened last week. But Henry wasn’t out here to try to light a fire under Reigns. He was here to offer his endorsement of Reigns and said he was putting all of his money on Reigns to defeat the WWE World Heavyweight Champion, Brock Lesnar, at WrestleMania.

Seth Rollins, accompanied by The Authority, made his way out to the entrance ramp to interrupt Henry and Reigns. Rollins says his security team is in charge of keeping Randy Orton out of the building tonight while Kane sets up the main event – he and Rollins against Reigns and Henry in a tag team match. If you thought the Orton mention by Rollins would eventually mean Orton would show up, you win a prize! It’s probably not a big one, though.

After the main event, which saw Reigns standing tall without his partner, who was evidently attacked by The Authority backstage before the match, Orton made his way to the ring and dished out RKO’s to The Authority before he and Reigns were left standing tall in the ring. This is the second show Orton has been standing tall at the end of a show, as he did the same with Sting on Monday night. Either Rollins will get some retribution Monday night on Raw, or he’ll have a hard time overcoming the poor booking he’s been in since the Royal Rumble.

The superstars in the Intercontinental Championship Ladder Match at WrestleMania were once again given plenty of time to shine with a gauntlet match booked featuring all seven participants. After their spectacular six-man tag team match on Raw this past Monday, these superstars have made the ladder match at WrestleMania one of the must-see matches on the card.

While the card still feels lackluster and is hard to get excited about, the ladder match should be an amazing spectacle. If they really want to add prestige back to the Intercontinental Championship, having a new champion crowned who doesn’t lose on television each and every week would be a good start.

Week after week on TV, WWE has done a good job as making each individual seem like a threat to win the title, with the exception of R-Truth. He’s just … there. He hasn’t wrestled anyone on Raw or SmackDown during the build for this match, and his gimmick is that he’s just stealing the title and giving it back when he gets caught. His inclusion in this entire storyline doesn’t make sense based on the way he’s been booked. If he wins this ladder match at WrestleMania, it’ll be a huge letdown.

BREAKING: International legend Tatsumi Fujinami to be inducted into the #WWEHOF Class of 2015! http://t.co/8zp6Ecq1x3 pic.twitter.com/n7u7ihg8Sm

Japanese legend Tatsumi Fujinami is the latest inductee into the WWE Hall of Fame Class of 2015, as WWE announced the news via Twitter on Thursday afternoon. A former WWE Junior Heavyweight Champion in the 1970’s, Fujinami still competes, although rarely, at big events in Japan.

And is it just me, or have we been seeing promos for the return of Sheamus since the Royal Rumble? He’ll probably return at WrestleMania, or the night after, but seeing the same promo week after week is making me lose interest in a guy who isn’t even back yet. Maybe they could have a live promo or interview next week?

• Paige d. Brie Bella by pinfall via rollup. Brie nonchalantly tried pinning Paige, who countered with the rollup for the pin.

• Gauntlet Match featuring the participants in the Intercontinental Championship Ladder Match at WrestleMania:

After the match, Intercontinental Champion Bad News Barrett came out and laid out both Ziggler and Bryan with a couple of Bull Hammer elbows.