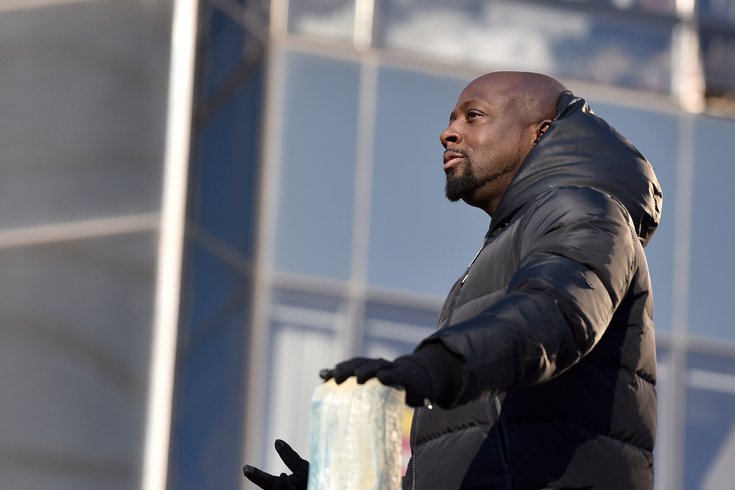 Rapper and actor Wyclef Jean paid South Philadelphia High School a visit on Wednesday — and spruced up the school’s music program in the process.

Jean has partnered with VH1’s Save The Music Foundation initiative, which donates instruments, music technology, and equipment to public school programs in need.

On Wednesday, Jean and VH1 donated $50,000 towards the school’s music program, for music technology and instruments:

Jean, who has released a dozen albums since 1997 and has won three Grammy Awards, also stuck around in the classroom and did a little teaching with a keyboard, turntables, and even some bass lines:

@VH1SaveTheMusic teaching the youth about some fundamentals of music 🙏🏼 pic.twitter.com/KCnmqxj3m8

Today, Toyota donated a $50K #MusicTechGrant to @SouthPhilaHS as part of the #SaveTheMusic program. Toyota has partnered with @VH1SaveTheMusic over the past 4 years raising awareness of the importance of music education! pic.twitter.com/3XkRapyVrx

Jean was born in Haiti, but his family lived in East Orange and Newark when he was a child, and he’s lived in Essex County during parts of his career.

In 2016, Jean was inducted into the New Jersey Hall of Fame.