Sean DeMuynck, 35, and his wife were set to move back to Canada 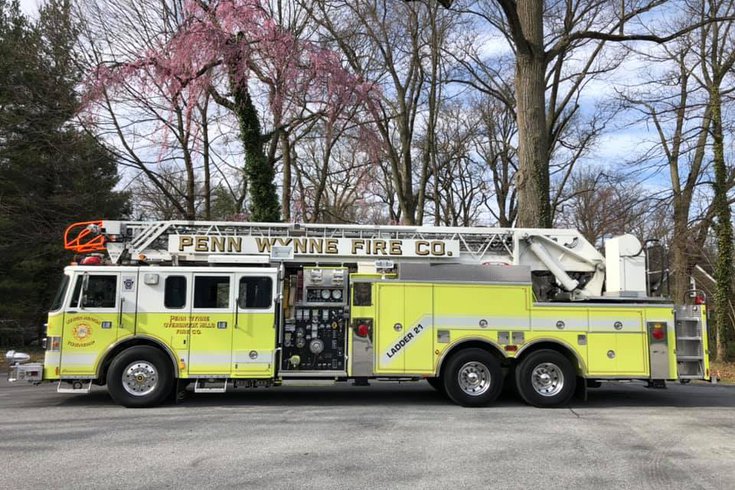 The Penn Wynne-Overlook Hills Fire Company is mourning the death of volunteer Firefighter Sean DeMuynck, who was found unresponsive while battling a blaze at a home in Wynnewood on Sunday, July 4, 2021.

Sean DeMuynck, 35, was found unresponsive on the third floor of a burning home on Rosedale Road in Wynnewood just after 11 p.m. Sunday, Lower Merion Township officials said. Firefighters had found the home "heavily involved with fire and smoke" when they responded to the fire at 10:30 p.m.

Video from neighbors of the fire in Wynnewood @LowerMerionTwp that took the life of a volunteer firefighter @NBCPhiladelphia pic.twitter.com/BaoFvEgu5S

A mayday call went out, and DeMuynck was taken to Lankenau Medical Center, where attempts to revive him failed. DeMuynck had volunteered with the fire company since August 2019.

"His dedication was second to none," Ted Schmid, fire chief of the Penn Wynne-Overbrook Hills Fire Company, told reporters during a Monday afternoon news conference, per NBC10. "We lost a good one."

DeMuynck and his wife had planned to move to their native Canada on Monday to be closer to their family, Lower Merion officials said. He also is survived by his parents.

"Firefighter DeMuynck will be missed," the township's statement said.

DeMuynck's death also was mourned by the Windsor Spitfires, a junior ice hockey team in the Ontario Hockey League, where he had worked as a video coach from 2013-2017.

The Windsor Spitfires are deeply saddened by the loss of our dear friend and former colleague Sean W. DeMuynck. Our love and thoughts go out to Sean and all of his family and friends.

"The entire Windsor Spitfires organization is deeply saddened to hear of the passing of former video coach Sean DeMuynck," General Manager Bill Bowler said in a statement. "Sean was an awesome person to be around and always came to the rink well prepared. Sean will be dearly missed by everyone."

DeMuynck also served as an assistant coach for the Lakeshore Canadiens, which posted a tribute to him on Twitter.

The Lakeshore Canadiens are deeply saddened by the loss of former assistant coach Sean DeMuynck. Thoughts and prayers to Sean's family and friends. pic.twitter.com/rphw8SgXKX

"The Lakeshore Canadiens are deeply saddened by the loss of former assistant coach Sean DeMuynck," the tweet says. "Thoughts and prayers to Sean's family and friends."

Funeral arrangements for DeMuynck had not been announced as of Monday afternoon.

Officials with the Bureau of Alcohol, Tobacco, Firearms and Explosives were among those at the Rosedale Road home investigating the cause of the fire Monday, according to NBC10.