Phillies' Eflin, who also has stress fracture in foot, 'unlikely' to return in 2016 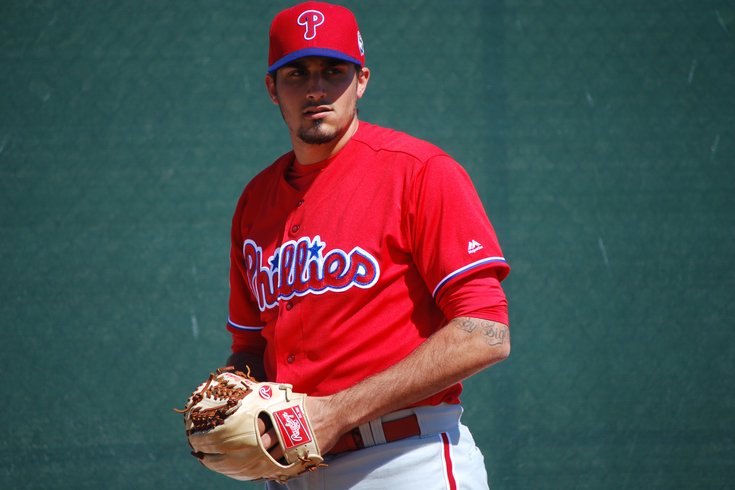 Is Zach Eflin nearing a return?

The likelihood that Zach Eflin is back on the mound before his first year in the big leagues officially ends in seven weeks took a significant hit in the last 24 hours.

Prior to Saturday’s game against the Colorado Rockies, Phillies manager Pete Mackanin said Eflin has a stress fracture in his right foot. Eflin was placed on the disabled list on Monday with tendinitis in each of his knees.

“It’s not ideal,” Eflin said of an MRI result that brought a new injury to light. “But we’re not eliminating (the idea of coming back this year) yet. We’re going to wait until we hear back from the studies and go from there.”

“It’s unlikely that he’ll be back this year,” the manager said. “But I can’t commit to that 100 percent.”

Left-hander Adam Morgan will be summoned from Triple-A Lehigh Valley to start in Eflin’s place against Colorado on Sunday afternoon at Citizens Bank Park. Fellow ailing right-hander Jeremy Hellickson (back) is tentatively on tap to start on Saturday against the St. Louis Cardinals; a couple of off days in the team’s schedule allowed the coaching staff to give the veteran extra time (nine days) in between starts.

Eflin, meanwhile, is waiting for the complete medical report from the two MRIs he had on Friday afternoon before he thinks too much about whether or not he’ll make another start in 2016. Eflin, who turned 22 in April, said he’s “always” had to have treatment on his knees, but that they had “just got a little worse” recently.

He’s unsure how the foot injury arose – he didn't take a foul ball or a come-backer off of it – but it obviously could be related to the knees, in the body’s ability to put stress on other parts to compensate for a lack of strength elsewhere.

“I could pitch through it,” Eflin said of his foot. “But it’s just not really ideal.”

Eflin has a 5.54 ERA in 11 starts with the Phillies this season. After a disastrous big league debut (8 earned runs, three home run in 2 2/3 innings) in Toronto two months ago, Eflin was brilliant for six straight starts (1.93 ERA, two complete games) but then struggled in each of his most recent three starts (six earned runs or more in each game).

The Phillies acquired Eflin and left-hander Tom Windle from the Los Angeles Dodgers for Jimmy Rollins in December of 2014.