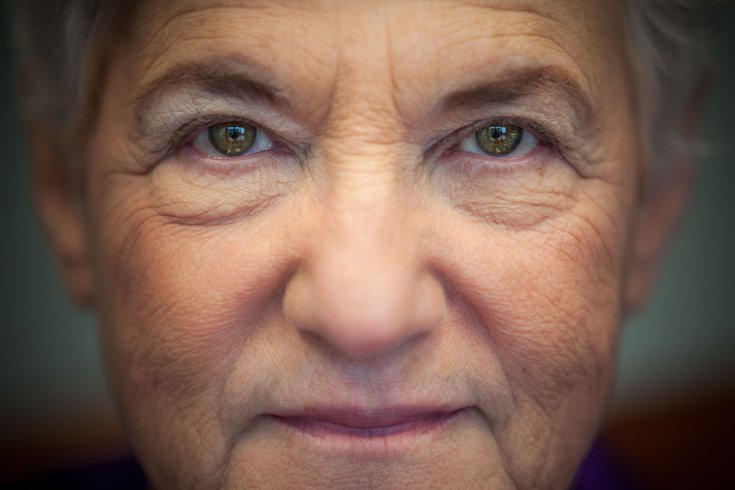 Lynne Abraham spent 19 years as Philadelphia's district attorney, gaining a reputation as a hard-nosed prosecutor who frequently sought the death penalty.
Now, Abraham is one of seven candidates vying to be the city’s next mayor.
But who is she? And can Philadelphia voters fall in love with Abraham — or any of her opponents — in the way they cherish Rocky, Ed Rendell or the Broad Street Bullies?
PhillyVoice sought to find out by conducting an abbreviated version of a "dating" experiment popularized by a New York Times article published earlier this year. The exercise, developed by psychologist Arthur Aron, caused two strangers to fall in love by having them answer 36 questions that gradually grew more intimate. Then, Aron had the couple stare into one another’s eyes for four minutes.
PhillyVoice borrowed 10 of those questions and sat down face-to-face with four candidates (three stood us up) to give them a chance to talk from the heart.
Here’s what Abraham had to say. (Some responses have been edited for length.)
PhillyVoice: What would constitute a perfect day for you?
Lynne Abraham: A perfect day would be sleeping in until 8 o’clock, having a great breakfast of sunny-side up eggs and bacon or sausage, some nice toast and butter and jam. And then getting out and meeting my (late) husband some place for a walk in the park, maybe going to a good movie or some theater. Coming home in the late afternoon after enjoying each other’s company. Getting dinner prepared, sitting down and reading a newspaper, listening to some great jazz. And then talking – talking, talking, talking. And then chill out and go to sleep. That would be a perfect day for me.
PV: When did you last sing to yourself? To someone else?
LA: I sing and whistle to myself every day. I’m a big whistler. It’s unconscious to me. I don’t sing mostly out on the street, because I’d look like I’m talking to myself. But whistling, all the time. And singing when I hear something on my car radio or on my home radio, which I listen to, and it’s something I know. I really like to sing along.
When my husband was alive, when he was there, if a good song came along – something he would be familiar with as opposed to what I would be familiar with – I would sing along because I knew all the words of the old songs that he used to love when he was a young man. Also, the contemporary songs like ‘Lovely Rita, Meter Maid.’ So, it didn’t make any difference. Whatever it was. Or show music – he loved show music, so I sang all the time.
PV: Do you have a secret hunch about how you will die?
LA: Actually, I’ll tell you something. … First of all, I don’t really think about death at all. However, I think everybody wants a good death in the sense that we all are born, we all know that we’re going to die. If we’re going to go, we don’t want to be in intractable pain or not knowing who you are or where you are. Just being able to wrap things up in a nice little circle, if it were possible.
To say everything that you needed to say and so that when you know you’re sort of going toward the end you can say, ‘Well, I said everything I needed to say and I pretty much did everything that I set out to do, but never quite did it.’ Because if you’ve set your agenda in such a way that you’ve done everything you’ve set out to do, you’ve set a very narrow and a very short agenda. So I always want things that I haven’t accomplished, that I’ve left open, to be unfulfilled. I think that way you set very long and very ambitious goals or agenda system.
PV: If you could change anything about the way you were raised, what would it be?
LA: If it were possible to recreate a period of time, I would hope that my mother would be better. She was ill. Her being ill was a tremendous, impactful experience that I went through as a child and as a young adult. That’s the one thing that I would change – to make her well, if I could do it. Not for me, so much, but for her.
PV: If you could wake up tomorrow having gained any one quality or ability, what would it be?
LA: A little more patience. I think we all have to have a little more patience. I think that’s a quality that I’ve tried to hone, but in this kind of business – as you know – everything is do it right away. There’s no time for being patient with others. Everything has to be done today, so you’re impatient to get it done. You’re impatient with other people. So, you have to be a little more patient. 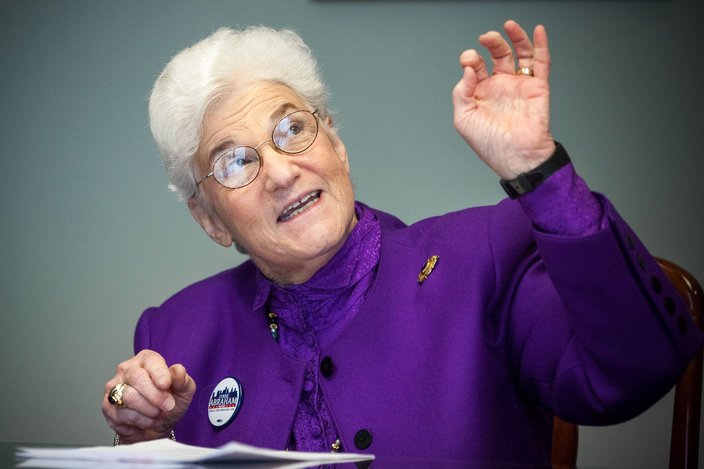 Mayoral candidate Lynne Abraham demonstrates how, as a young girl, she held her hand above her head to hold hands with her father. (Thom Carroll / PhillyVoice.com)
PV: What is your most treasured memory?
LA: I don’t have a most treasured memory. If you only have one treasured memory, your life must be pretty thin. I have a whole series of treasured memories. Holding my father’s hand was one of the sweetest, nicest memories. As a young girl, walking down the street and holding my daddy’s hand and I’m reaching way above my head to hold his hand. That’s a very sweet memory.
Having my first ice cream. Smelling bread baking in a bakery. We lived in a working-class neighborhood. There was a bakery on the corner. Oh my god, we would wake up and smell freshly baked bread. It was like the most delicious thing.
PV: How do you feel about your relationship with your mother?
LA: My relationship with her was good, except that she was ill. She really couldn’t be the kind of mother that I think she really wanted to be, because her illness prevented her from being that. But my relationship with her was really good. My relationship with my father was closer than my mother, because my mother was frequently absent and incapable of that. But I share the best qualities I think of both of them.
I am truly fortunate to have had both a mother and a father who loved me and my sister — and who cared for us even though we really had nothing in material goods. We had absolutely nothing. We lived in a rented home. My father was employed on Dock Street — that was the old food market in Philadelphia — making a very small wage. We were just impoverished people. We were broke, but we were never poor.
PV: Complete this sentence: “I wish I had someone with whom I could share … ?”
LA: A great meal with wonderful conversation. That, to me, is really treasured. (What kind of meal, we asked.) I think that simpler food is the best. It’s not really the food that’s important but the fact that you’re having a good meal that’s sufficient in quality and quantity, that’s not too fancied up with flowers and micro greens that somebody put on with a little tweezer. But meatloaf and mashed potatoes works pretty good for me — with some stewed tomatoes on top.
PV: When did you last cry in front of another person? By yourself?
LA: Probably when my husband died. That is the last time that I can remember crying in front of another person. There have been times where I’ve heard of such horrible news – terrible war injuries, people being blown up or have their throats cut for some ideology. Sometimes, even, I get sort of moved to tears when I think of a group of people who are destroying the history of the world that was in their own country. Their whole patrimony, their whole history, they think it’s idolatry. It’s historic.
By myself, I’ve rarely cried-cried. Just got emotional and started to cry – I’m not that way. There are just certain things that strike me. Sometimes even when I see the American flag at the Arlington Cemetery, where I’ve been. I’ll tell you where I cried in a similar circumstance – when I went to the American cemetery in Pointe du Hoc in France and saw the D-Day cemetery. I looked at all those crosses, row after row after row, and I started to cry at the human price we pay for war. It’s astounding.
PV: Your house, containing everything you own, catches fire. After saving your loved ones and pets, you have time to safely make one final dash to save any one item. What would it be? Why?
LA: I wouldn’t choose anything and I’ll tell you why. I did have pets all my life until just recently. My family and my pets are the most, single important thing. Everything else is replaceable by buying new, except the memories. Now, you just have to keep that in your brain.
The two most important things to me are family, first and foremost, and pets. Things you can always buy and get more of. There’s never any end to things. There’s never any end to man’s desire to own things. You just say, ‘Oh, great, when I rebuild my house I can fill it up with new things.’ It doesn’t mean anything. That’s why I wouldn’t go back into the fire for anything. Everything most precious to me is already out.