Just what drives folks from Jersey bonkers? Pretty much anything from Pennsylvania besides tourist dollars. We're not so sure even that is worth the aggravation, but we tolerate the inconvenience.

Just let us have September in peace. By next Memorial Day, we'll be calmed down.

Meanwhile, here's what drives this and other Jerseyans to distraction.

OUT-OF-STATE DRIVERS (IN THE LEFT LANE)

Yeah, you in the red Audi, the vehicle which apparently replaced silver Beamers as the ride of choice among Pennsylvania's legion of PIA drivers: stay out of the left lanes of the Turnpike, Expressway and Parkway unless you understand that 75 m.p.h. is the unofficial left lane rule, not the exception. We’re talking minimum speed, of course.

Since you plunked down $43,500 for the TT coupe, use the turn signal when you move to the right, please?

As to the mini-van with PA plates – festooned with at least three bicycles and a cooler precariously lashed to the roof – just stay the hell out of the left lane ALWAYS. You, too, campers.

As to other Jersey traffic issues: We realize our traffic volume sucks out loud here in the Garden State. But quit making it worse, especially at traffic circles, that marvel of roadway engineering which makes Jersey driving so darn sporty. Don’t stop, but don’t speed up, either. Commonsense should prevail, even if you drive a car with New York plates. 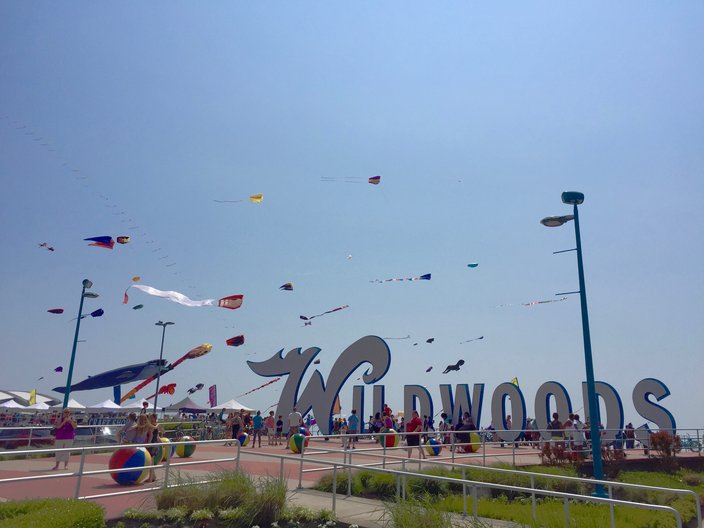 We live in Jersey (jər-zē). That’s how we say it. Never Joisey. Ever. And no need for New Jersey; we know where we come from and it ain’t new.

And yes, there are definite differences between North Jersey and South Jersey and the attitudes and dialect which both divide and unite us. Those phrases are both fine, too, depending on the situation. (See below.)

While we all agree Middle Jersey exists, we also agree it's kinda lame. So lame, in fact, that it is OK to say Middle Joisey as a dig because no one from Jersey’s DMZ will be offended.

Why? Because no one is sure when Middle Jersey begins and ends. It’s just there, a given, sorta like gravity. 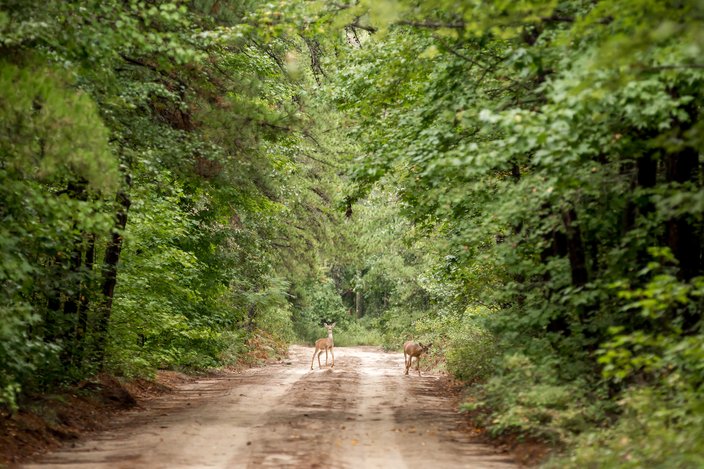 With more than 500 miles of unpaved roads in the New Jersey Pinelands National Reserve, it is extremely easy to get lost as most of the landscape looks very similar.

Don’t generalize about the state unless you know the regions you are maligning.

For instance, confusing a Bennie with a Shoobie while at the shore (only the Philly Inquirer thinks it is The Shore, BTW) is a prime example of a regional faux pas.

Shoobies are the folks who go to Ninth Street in Ocean City, eat at the Varsity Inn and have no clue where Strathmere might be located. They are annoying, but generally benign, though it helps that Ocean City is a dry town. (Well, except for the annual Night in Venice.)

Bennies – think the cast of “Jersey Shore” – have no shame about wearing slide sandals with socks, making noise at 2 a.m., or taking a summer rental in Belmar and doubling up.

If you’ve never been to Belmar, think Wildwood, but with Yankee pennants. Bennies are louder and pushier than Shoobies, but not all that different, except for their sports teams. The easiest – and most visible – way to figure out the divide between the state is based on sports team alliances.

Above LBI and Trenton: Mets, Yankees, Jets, Giants. At least the North Jersey football teams actually play in Jersey, so there is that.

Below the DMZ, it is Phillies and Eagles turf, which may explain why folks in South Jersey are far more more subdued.

So where is the dividing line?

Above the Pine Barrens is North Jersey. If you’ve never heard of the pines, you are definitely from North Jersey.

For what it’s worth, if the Mason-Dixon line extended across the Delaware River and into Jersey, much of South Jersey would be considered part of the South. That's how South we are in South Jersey.

NO, WE'RE NOT ALL MOBSTERS

But yeah, everyone in Jersey outside of the Northwest corner’s Warren and Sussex counties knows someone who is at least connected to the mafia. Maybe even several someones, at least if we count what we in Jersey like to call “known associates.”

By the way: Having mob juice can come in handy – on occasion. Or it can haunt you. Just don’t ask us to talk about our guys without a subpoena in both hands, capiche?

For the record: We know how to pump gas. We’re just damn glad we don’t hafta.

We in Jersey believe strongly in supporting the Wawa economy. After all, Wawa was created by a South Jersey family.

Besides, the state of Oregon knows what the hell it is doing, and Oregonians don’t pump their own gas either. So, just pipe down. Jealousy is an ugly thing.

And having hands that don’t stink of gasoline is one of the blessings of the Garden State, especially in January.

Yeah, OK, go ahead, make fun. As much fun as you can is just fine. We concede this one. He bugs the living crap outta us, too. Even before Beachgate, though that stuck the final fork in his fading rep, which once was "tell-it-like-it is" and is now just bellicose bully.

At this point, even Garden State Republicans concede the Jersey electorate was fooled. The governor is now the least popular political figure in America, far lower than Donald Trump, who has repeatedly kicked Christie out of his lap – no mean feat.

For the record, Christie's approval rating is one point lower than Stephen Bannon’s 16 percent just before he got canned by Trump. Christie isn’t even half as scary as Bannon. More arrogant, sure, just not as scary. So, there is that, no argument.

But remember: Jan. 16 is just around the corner. That's when we’ll have a new leader to disappoint the good people of Jersey.

Until then, let’s all focus on Tom Wolf. His approval rating is better than double Christie’s. We should work on that. 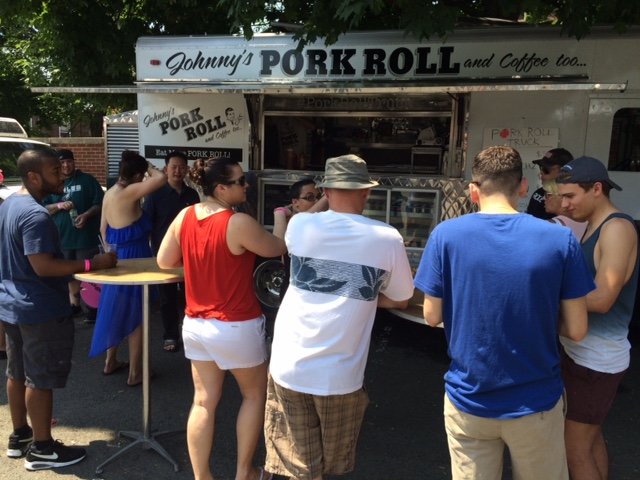 Call it pork roll, call it Taylor ham (the government says it isn’t really ham, so it can't be called that officially), just don’t mistake it for scrapple, that abomination glued together in Pennsylvania.

What to call the salty and sweet breakfast meat is sort of a made-up issue that really doesn’t matter much where the meat meets the flat-top grill.

As long as it is crisp, it’s all good. Just don't brown it next to scrapple.

WE ARE NOT PHILLY, WELL NOT EXACTLY

We don't say wooder; we eat water ice. But you will hear many of us root for the Iggles.

We're good with big hair, scary nails, yoga wear for all occasions and body types,  as well as abundant Spandex, even when there are perhaps wiser choices.

Every straight Jersey male owns at least two pairs of cargo shorts and doesn't give a fig what the figurines in the windows of Jack Wills are sporting. 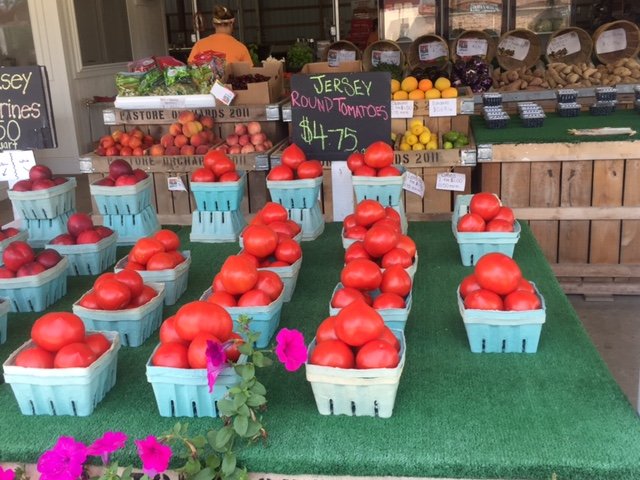 WE ARE THE GARDEN STATE, AFTER ALL

Don't try and sell us blueberries from Chile or tomatoes from the Carolinas. We know the diff.

Buying corn from a grocery store in July, August and early September is sin against nature.

And remember, we do hold grudges. (See Christie, above.) 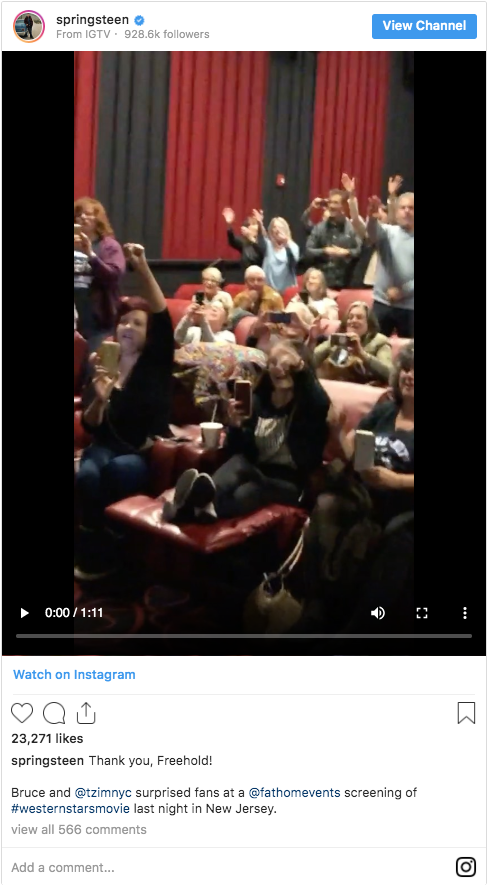 Bruce Springsteen performs in concert with the E Street Band during “The River Tour 2016” at the Wells Fargo Center in Philadelphia in February 2016.

No matter where you sleep tonight or how far you run, Springsteen's the one.

From leaning on a 'vette in Haddonfield in his glory days, cruising the Wildwood boardwalk while mingling with fans this summer to showing up unannounced in Atlantic City (arriving in a baby blue 'vette and tossing the keys to a cop at a street end) to play with buddy Jackson Browne, he's our Jersey guy, even if he stands to pull down half a million a day playing solo in Manhattan later this year.

Bon Jovi? Sure, go ahead and play "Livin' on a Prayer," but after  queuing up "Thunder Road." He's a decent Jersey guy.

But just remember, Bruce is in the Rock & Roll Hall of Fame. Jon? Still tryin to keep the faith.