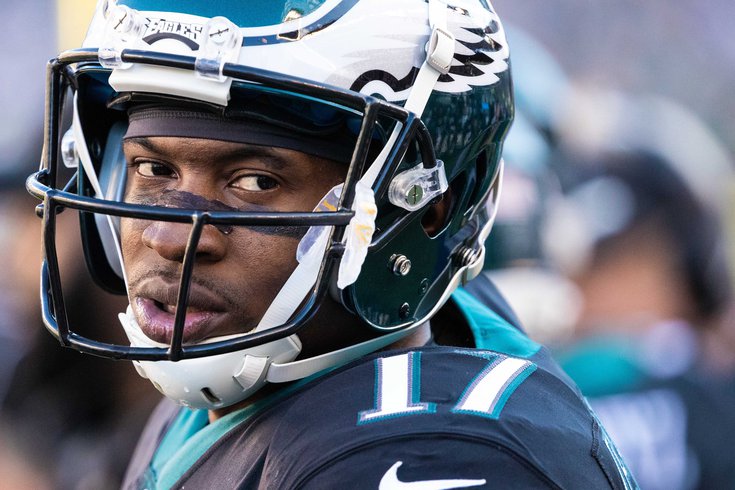 A year ago when we published this exercise, there were no Philadelphia Eagles on the list. This year, they have the No. 1 guy. (Contract details via overthecap.com.)

10) Demarcus Lawrence, Cowboys: Lawrence finished the 2017 season with 14.5 sacks, which was tied for second in the NFL. He also had 4 forced fumbles. The Cowboys then used their franchise tag on him, which he played under in 2018 at $17,143,000. His production dipped that season, as he had 10.5 sacks and 2 forced fumbles.

The following offseason, in 2019, the Cowboys tagged him again, which would have cost them $20,571,600 for the 2019 season. Lawrence was not happy about getting the tag two straight seasons, and he used his injured shoulder, which required surgery, as leverage. What does that mean? Well, he refused to have shoulder surgery, thus delaying his return to the field, until he and the team agreed to a long-term deal.

Jerry Jones and Co. caved, and Lawrence was rewarded with a five-year contract worth $105 million, making him the second-highest paid edge rusher in the NFL (on an "average per year" basis), behind only Khalil Mack. His cap numbers will be as follows the next four seasons:

In 2019, fresh off the surgery he delayed, Lawrence had 5 sacks and 2 forced fumbles. Since he entered the league in 2014, Lawrence has 39.5 sacks, or 6.6 sacks per season. A list of players with more sacks during that span:

If you're getting paid Khalil Mack-type money, there's no excuse, as an edge rusher, to finish with only 5 sacks in 16 starts. Ironically, Lawrence commented on Carson Wentz's contract extension last June, tweeting, "The richer they get, the better it feels when we humble they a**." He later deleted that tweet.

After the Eagles' signing of Javon Hargrave in free agency, Jackson is not projected as a starter.

8) Paul Richardson, Washington: When Washington lost DeSean Jackson's ability to stretch opposing defenses, their offense took a hit, and their pursuit of a suitable replacement was understandable. However, they massively overpaid for the speedy Richardson during the 2018 offseason, when they handed him a five-year contract worth $40 million.

In his two-year career in Washington, Richardson had 48 catches for 507 yards and 4 TDs, missing 15 games along the way.

Washington released Richardson this offseason, but he'll still count for $6 million in dead money on their 2020 cap.

7) Landon Collins, Washington: He's a box safety and the Washington team gave him $14 million/year. No INTs since 2017.

6) Travis Frederick, Cowboys: Frederick has been the starting center for the Cowboys since they drafted him in the first round of the 2013 NFL Draft, racking up 96 starts, three All-Pro nods (one first-team, two second-team), and five Pro Bowl appearances.

He missed the entire 2018 season with a rare disease, but returned in 2019 and wasn't as effective. This offseason, he retired. In his wake, Frederick will leave the Cowboys with $11,040,000 in dead money. It appears that Frederick is waiting until after June 1 to officially file his retirement papers with the NFL, so the Cowboys can spread that dead money over this year and next year.

Most of the "worst contracts" on this list are on here because of "bad process" in giving them out. Frederick's is an exception, in that the process of his contract was fine, but some bad luck accelerated his retirement and left the Cowboys with a big bill for a player who won't play for them in 2020.

And yet, he really isn't a very good tackler. According to pro-football-reference.com, Martinez missed 18 tackles last year, giving him a bad missed tackle percentage of 10.4 percent.

Racking up a lot of tackles doesn't move the needle in today's NFL. What does matter in today's NFL is being able to cover, and Martinez struggles there. He is a player that maybe should have had some appeal in 1980, but in 2020, it's hard to justify his 3-year deal worth $30.75 million.

4) Leonard Williams, Giants: After consecutive losses to the Cardinals and Lions last October, the Giants were 2-6, and their season was basically over. So what did Dave Gettleman do? He traded a third-round pick (which became the 68th overall pick) in 2020 and a fifth-round pick (that could become a fourth-round pick) in 2021 to the Jets for Williams, essentially for eight games. Lol.

They couldn't get a long-term deal done with Williams, and since the loss of a pair of draft picks for a team that went 4-12 the year before would have been wholly indefensible, they compounded their mistake by franchise tagging him.

Williams has been a disappointment as the sixth overall pick in the 2015 draft (17.5 career sacks in five years, 0.5 in 2019), but he's still a decent interior defensive line starter. He is obviously not worth $16,126,000 for one year, and his agent had to have been thrilled to get the tag.

3) Alex Smith, Washington: Bruce Allen traded for Smith, giving up a third-round pick and cornerback Kendall Fuller in the process, and then signed him to a four-year, $94 million extension with $55 million guaranteed at signing.

Of course, at the time, nobody knew that Smith would suffer an awful, gruesome injury that ended his career, and almost cost him his leg (and life). In that respect, I don't like having him on this list.

2) Nate Solder, Giants: Considering how awful their offensive line was in 2017, particularly with Ereck Flowers at left tackle, the Giants clearly felt like adding a competent left tackle during the 2018 offseason was worth the price of not having to worry about some RDE wrecking the game from week to week. And so, they made Solder, a good (at the time), but certainly not great offensive tackle the highest-paid offensive lineman in the NFL. The deal? Four years, $62 million.

1) Alshon Jeffery, Eagles: When the Eagles drafted J.J. Arcega-Whiteside in the second round of the 2019 NFL Draft, it felt a lot like Jeffery's time with the team would soon be coming to an end, seeing as Arcega-Whiteside's skill set closely mirrored Jeffery's.

Just before the start of the 2019 season, the Eagles made the error of guaranteeing Jeffery’s 2020 salary in exchange for a small pay cut. It was a puzzling move at the time, and it turned out to be disastrous, as Jeffery proceeded to have the “bad year trifecta.”

A release of Jeffery would come with a $26 million dead money charge. A trade of Jeffery would knock about $10 million off of that, but it's unlikely that any team is trading for a slow, aging, injured, quarterback-criticizing receiver who might also not even be ready for the 2020 season.