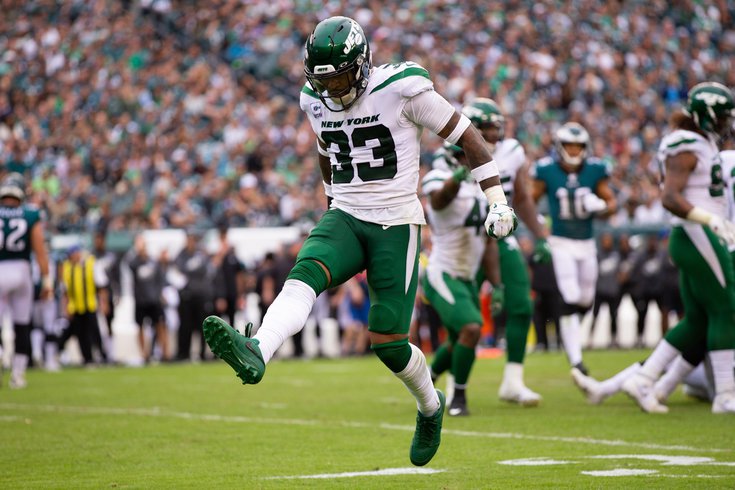 Jamal Adams is good, but too expensive.

In our Eagles chat last Wednesday, there were a lot of questions that we could not get to in time or other questions we did answer but could use more color. And so, let's do a mailbag post to answer some of the overflow, as well as some commonly asked questions on Twitter and via email.

Question from John (via email): Jimmy, I feel like I already know your answer to this, but I really think that Jamal Adams would have a big impact on the Eagles' defense, and they should go after him. What say you?

Adams is really good, obviously. In his three years in NJ, he has filled up the stat sheet. Here's where he ranks among safeties, league wide, in the following stats the last three seasons.

He's awesome playing near the line of scrimmage, where, as you can see above, he has racked up big-time tackle, TFL, sack, and QB hit numbers. He can also cover, and he gets his hands on a lot of footballs. The only thing he doesn't have are impressive INT numbers (2 for his career), though one might expect those to rise, given his consistent ability to knock down passes.

As such, I do certainly agree that he would have a big impact on the Eagles' defense. However, as you suspected, you probably do already know my answer to this. They can't afford him.

Michael Irvin just texted me on the Jamal Adams rumor: "He is great in coverage. Jets want a 1st and a 3rd. He is great for that locker room that needed Michael Bennett to speak up after having just a donut here..." @1053SS @1053thefan pic.twitter.com/y0aYA9hsr5

So let's say the cost is indeed a 1 and a 3 in the 2021 NFL Draft. If so, because the Eagles already traded away their fourth-round pick in 2021 for Genard Avery, they'd be left with this:

And then on top of it, the Eagles would then have to make Adams the highest-paid safety in the NFL, which will cost a minimum of $15 million per season, that they just don't have available.

So you can probably forget about that one.

Question from The Kenny: What, if any, 5 players do you think will still be here in 5 years?

My top 5 most likely:

Question from EaglesFan9: The Eagles always have one big special teams ace every year. Who is that guy this year?

Ya know, I'm not sure I agree with the first sentence there. I feel like it's been a while since they had a legit special teams stud. Chris Maragos was one, and he last played a full season in 2016. Bryan Braman was definitely one, but he wasn't effective after 2014. And Darren Sproles hadn't really done anything as a returner since 2015.

Anyway, I would go with Duke Riley. After Kamu Grugier-Hill went on IR last season, the Eagles made Riley the special teams captain, even though he had only been with the team for like three months. The team went out of their way to reward him for his special teams efforts. He feels like a near-lock to make the roster, and he'll be a core special teamer.

Question from Chalky White: Because it's being discussed in MLB and it's a copycat world, (could the NFL realign its divisions)?

No. They already released the 2020 schedule. But also, no, ha. There's no way they'd ever break up huge rivalries, like the Cowboys and Eagles, for example. It's too big of a moneymaker.

That said, if I were tasked with realigning the NFL, solely on geography, I'd do it like so:

Question from Jimmy's sandwich: We need to know what your signature deli sandwich would be!

Ah, yes. My bad. I promised to mailbag this previously, but forgot. I would arrange it, exactly as shown below. I present, The Jimmy:

To be clear, yes, the potato chips are part of the sandwich, not on the side. (I would actually be curious to see some of your configurations.)