Film breakdown: Bryan Braman was the catalyst on all four of the Eagles' blocked punts in 2014 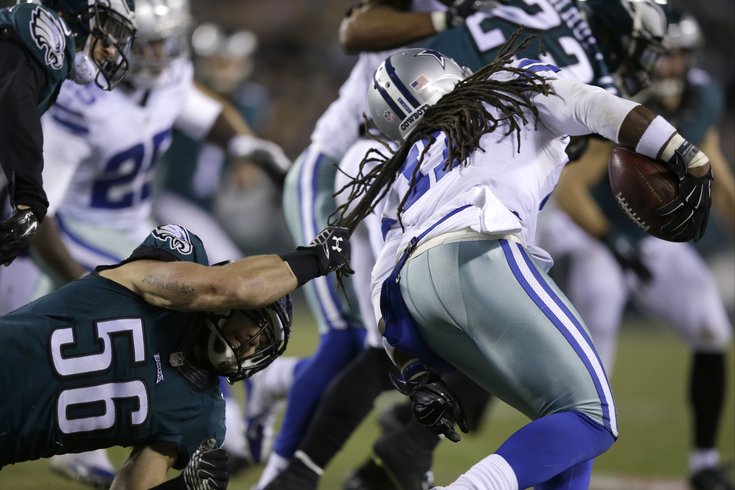 Bryan Braman is a man, but he will pull your hair if that's what it takes.

The Eagles blocked four punts in 2014, three of which were returned for touchdowns, with the fourth leading to a first and goal from the one. How'd they do it? Bryan Braman.

"Ultimately, a guy like Bryan Braman on the inside really had a lot to do with a lot of those things, because he's so unique," said special teams coach Dave Fipp. "He puts a lot of stress on the protection, which forces guys to help out, and it was able to help other guys get freed up a little bit more."

Let's take a look at what Fipp means, by looking at each of the Eagles' four blocked punts last season:

The blocked punt against the 49ers gave the Eagles a quick 7-0 lead after the Niners were punting from deep in their own end. The Niners will try to block Braman with their long snapper, which is a bad idea. Here are the Niners' blocking assignments on Braman's side of the ball: 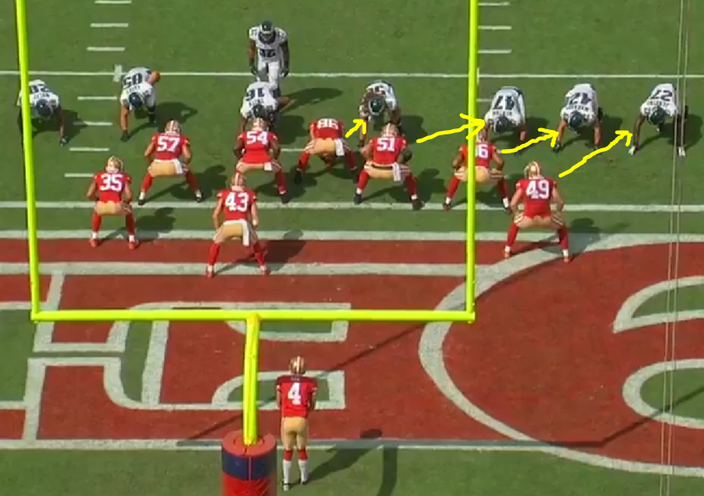 Braman beats the long snapper with a swim move at the snap, leaving poor #51 to block both Braman and Trey Burton. With the Niners backed up deep in their own and the punter not having his normal punting depth, Braman and Burton push #51 back into his own punter for the punt block, leading to a TD. Let's watch them dance.

Brad Smith fell on the ball for a TD.

Once again, the blocked punt against the Rams gave the Eagles a quick 7-0 lead after James Casey was able to get a free run at the punter. But the opening was created by Braman. At the snap, Braman will draw the attention of two blockers, circled in yellow: 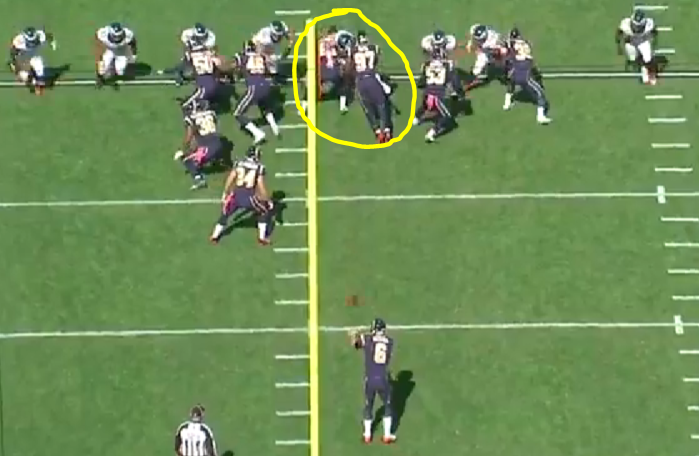 With so much attention being given to Braman, the Eagles get two rushers free, leaving the upback (#34) to choose which guy to block: 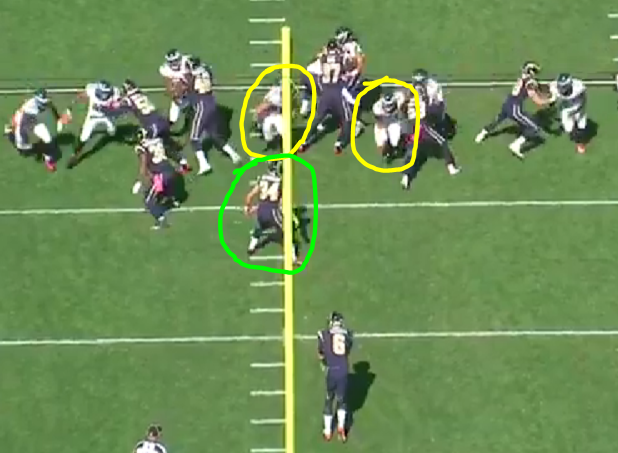 The upback blocks Trey Burton, leaving James Casey free to clean up on the block. Let's watch them dance.

The result is a Chris Maragos scoop and score.

This one is pretty straightforward. The Packers try to block Braman with the long snapper, which as noted above, is a bad idea. Braman smokes him at the line, gets free, and blocks the punt himself.

This was the only punt block on the season that did not result in a TD, but it left the Eagles with first and goal from the 1, albeit in a blowout loss.

This blocked punt was similar to the one against the Rams. Two blockers picked up Braman, which left a free rusher to get after the punter.

• The red arrow below shows Braman, who again, is being picked up by two blockers.

• That leaves a lane for Chris Prosinski (#33) to run through. However, he is picked up by the Giants' upback (#35), shown with the green arrow.

• With the upback out of the way, the Giants now only have two blockers to pick up three Eagles rushers (Ertz, Maragos, and Casey), circled in yellow. You can't block all three. 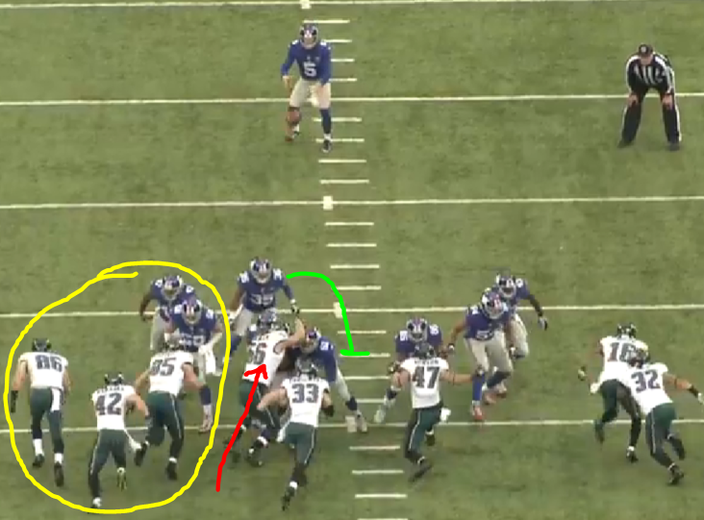 Casey gets a free run at the punter and gets the easy punt block. Let's watch them dance.

The result is a Trey Burton scoop and score.

If Braman is so disruptive on the punt block team, you wonder why he doesn't get more opportunities to rush the passer in the regular defense. I mean, he leads the NFL this preseason in suplexes.