Fitzpatrick to face Santarsiero in 8th District; Meehan set for rematch with Balchunis in 7th 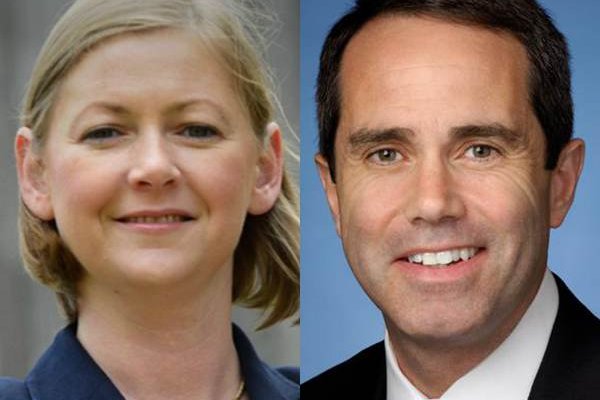 Democrat Shaughnessey Naughton, left, was defeated in the 8th Congressional District by Steve Santarsiero, right. He will take on Republican Brian Fitzpatrick in the general election.

With 75 percent of precincts reporting Tuesday night, Santarsiero received 39,890 votes to Naughton's 26,482. Among the Republicans, Fitzpatrick received 55,8943 votes to 6,269 for former longtime Buck County Commissioner Andrew Warren and 8,893 for Marc Dumoe, a psychologist.

All results remain unofficial until certified by the board of elections.

The Eighth Congressional District includes Buck County and part of Montgomery County. The seat is currently held by Mike Fitzpatrick, who is retiring. He is the brother of candidate Brian Fitzpatrick.

All results remain unofficial until certified by the board of elections.