The call to voters on Tuesday features Cindy Bass, Vincent Hughes and previous comments from presidents 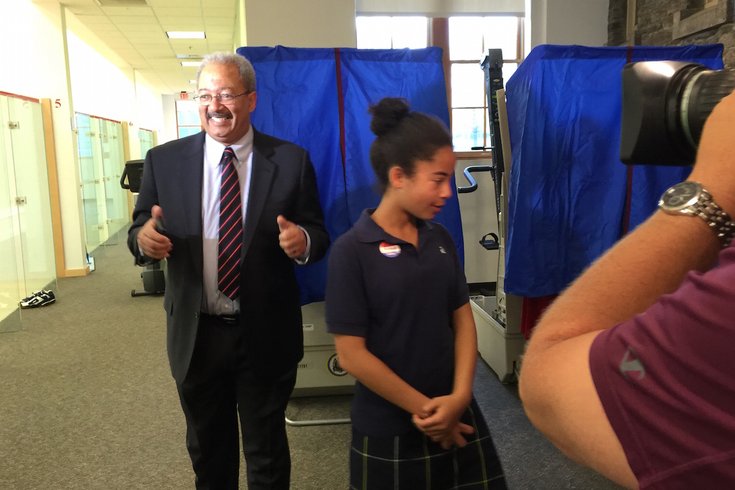 Incumbent U.S. Rep. Chaka Fattah votes in the April 26 Pennsylvania primary. He faces three primary competitors in his effort to secure a 12th term in office despite a looming federal corruption trial.

But the local supporters aren't what makes this robocall stand out. It's the quotes from President Barack Obama and former President Bill Clinton.

The Clinton quote comes from the GEAR UP bill signing some 18 years ago, while the Obama quote comes from 2014 and refers to the Fattah Neuroscience Initiative, which “has the potential to change so many lives.”

Granted, the presidential quotes weren’t offered with a primary day robocall in mind, but that’s what some voters in the 2nd Congressional District will hear today regardless.

In the hours since this story went live, a deputy press secretary told Politico that the White House "did not approve" of his voice being used in the call. We'll ask Fattah for comment at his post-election gathering in Center City this evening.

.@JFriedman44 on Fattah: "We have not endorsed a candidate in this race and did not approve of the president's voice being used in this ad."

You can listen to it below: