The newcomer, a democratic socialist, was endorsed by Sen. Bernie Sanders 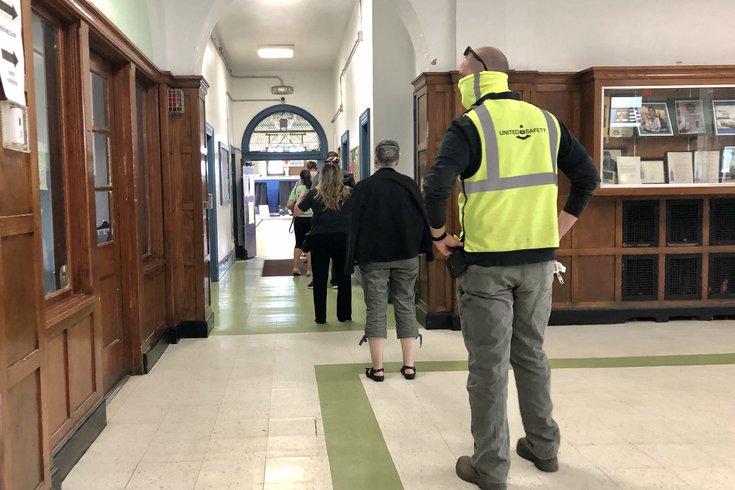 People inside the consolidated polling place at Kendrick Recreation Center in Philadelphia wait in line to vote. Residents wore masks and maintained social distance while waiting their turns. Because of the COVID-19 pandemic Philadelphia combined and relocated many of its polling places.

Due to the unprecedented volume of mail-in ballots, exact vote totals for Pennsylvania's primary races likely won't be known for several days. Approximately 1.8 million Pennsylvania voters requested mail-in ballots for the primary election, a trend driven by the uncertainties of the ongoing coronavirus pandemic.

There were no Republicans running in the primary for the Pennsylvania Senate's 1st District seat.

All primary election results are unofficial until they are certified by the Pennsylvania Bureau of Commissions, Elections and Legislation.

Farnese, a lawyer, has held the office since 2009. Saval, a cofounder of the progressive group Reclaim Philadelphia, is a widely published writer and editor with experience at n+1 and contributions to The New York Times and The New Yorker.

Saval's campaign is focused on guaranteed affordable housing for all, prison reform, universal expansion of health care, reconstruction of Philadelphia's schools and a Green New Deal for Pennsylvania's economy and environment.

The most notable support for Saval came from Sanders, whose 2016 campaign inspired Reclaim Philadelphia, and Philadelphia City Councilman Isaiah Thomas.

Farnese has championed legislation on gun reform, LGBTQ rights and affordable housing. He has embraced progressive causes and pointed to a record that reflects those positions in Philadelphia, though maybe not as much as Saval's brand of reform.

In 2016, Farnese was notably charged with accepting bribes for an alleged vote-buying scheme in 2011. He was acquitted by a jury the following year.