The 2021 NFL season begins tonight, so it's time to lay out our predictions on who will be good, who will be bad, who will win the Super Bowl, and which individual players will shine.

Spoiler: You will not find anything involving the Eagles below, but we do have 10 Eagles-specific predictions for you here.

1) Buccaneers: The Bucs are loaded, and the three other teams in the NFC South all have major warts. Tampa could have the division sewn up early in December.

4) Cowboys: The best team in an awful division.

6) 49ers: If the Niners just committed to Trey Lance to start the season, I'd probably have them winning the division. But they're going to screw around and lose a game or two with Jimmy Garoppolo that they would otherwise win.

2) Ravens: The Browns are getting all the hype in the AFC North, which I get because it's boring picking the Ravens and Steelers, but the Ravens are still better.

3) Bills: The Bills invested heavily in their pass rush in the draft, but I'm not so sure they'll get immediate results from those guys.

4) Titans: Derrick Henry, A.J. Brown, and Julio Jones form a scary trio. Tennessee will benefit from a Colts team that traded for the worst starting quarterback in the NFL last season.

6) Chargers: The Chargers burn me every year. They're talented, but we'll go slow with them this year. The 6 seed feels right.

7) Broncos: I really like Denver's defense, they have some young, intriguing skill position players, and a half-decent O-line. Teddy Bridgewater isn't winning them a Super Bowl, but if he can manage games, they can win enough to sneak into the playoffs.

MORE: Five (more) over/unders for the 2021 Eagles season | WTS: Jalen Hurts will be the Eagles' X-factor this season 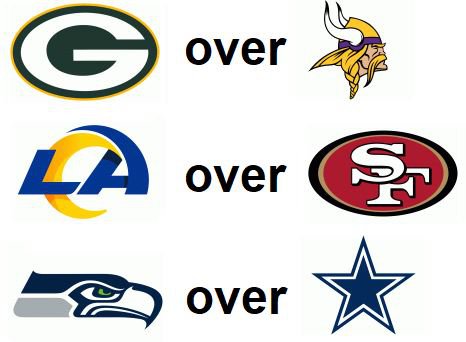 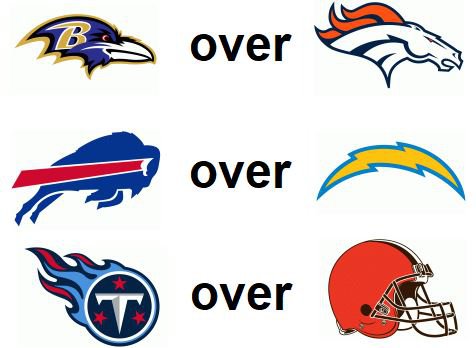 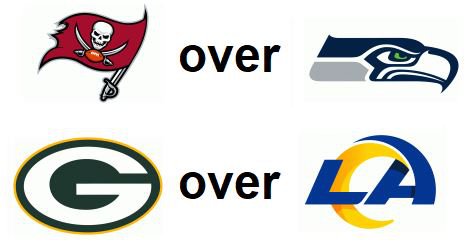 • Defensive Player of the Year: Myles Garrett, Browns: 35.5 sacks and 9 FFs the last three seasons, despite missing 6 games. If he plays a full 17 games, he should have around 15 sacks.

• Offensive Rookie of the Year: Trey Lance, 49ers: Five quarterbacks went top 15. One of those guys is going to win this award. The sooner the Niners get Lance in there, the better off they'll be, and he'll have the best situation around him among those five QBs.

• Comeback Player of the Year: Christian McCaffrey, Panthers: Saquon Barkley is a popular choice here, but the Giants' offensive line is just so bad that Barkley could struggle even if he's healthy.

• Coach of the Year: Brandon Staley, Chargers: He's a new head coach for a previously underachieving team that has a chance to make the playoffs this year. All the ingredients are there.

MORE: 10 Eagles predictions heading into the 2021 NFL season | How many games will the Eagles win this year? Like that even matters...