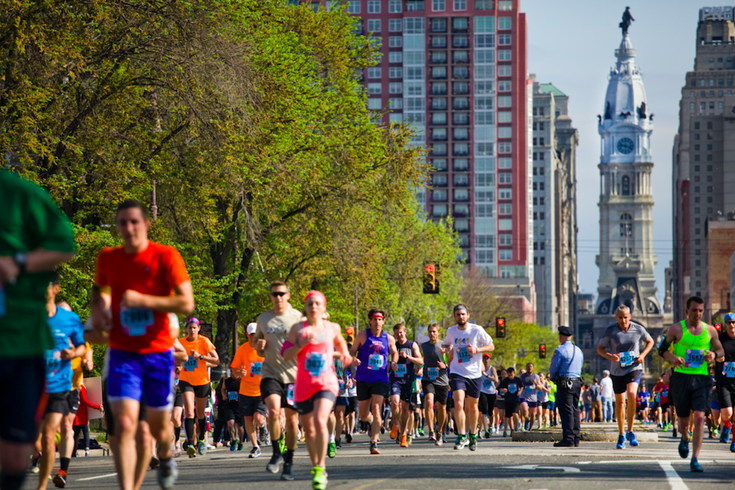 The Broad Street Run will be held on May 1, 2022. Registration for the 10-mile race in Philadelphia will open in early February, organizers say.

After two years of disruption caused by the COVID-19 pandemic, the Blue Cross Broad Street Run will resume its spring schedule in 2022 with a race date set for Sunday, May 1.

Registration for Philadelphia's most popular distance run begins in early February, but an exact date has not yet been announced,  according to information posted to social media on Monday by Independence Blue Cross and the Philadelphia Parks & Recreation, the Broad Street Run's sponsor and organizer.

In 2020, the 10-mile race south on Philadelphia's signature street first was postponed from the spring until the fall due to the pandemic and then was switched from an in-person race to an entirely virtual event. It returned in hybrid form last October, drawing about 17,000 runners in-person and another 1,500 who ran in a virtual race.

Details about COVID-19 policies that may be implemented for the 2020 Broad Street Run were not revealed Monday.

In a typical year, the Broad Street Run draws about 40,000 runners, making it one of the most popular 10-mile road races in the United States.

The course for the Broad Street Run usually begins at Broad Street and Fisher Avenue in North Philadelphia, near Einstein Medical Center, and ends in the Philadelphia Navy Yard. The race in October was modified to end on Pattison Avenue near FDR Park in South Philly due to construction at the Navy Yard along League Island Boulevard.

More information about the 2022 Blue Cross Broad Street Run, including the exact date registration opens next month, will be released in the coming weeks.